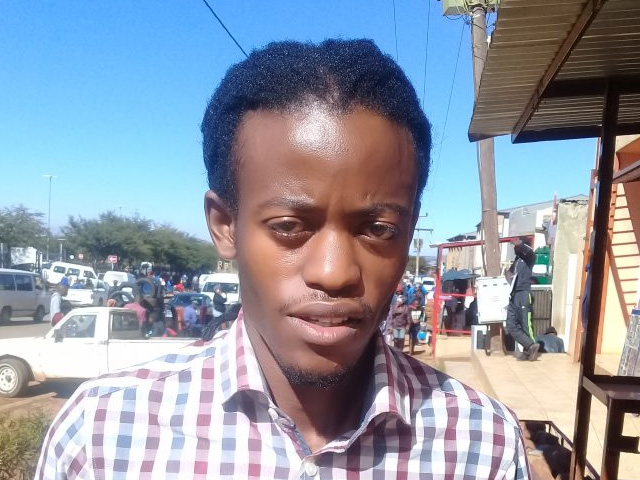 Bongane Makhonjwa is a community youth leader passionate about combining leadership and sports. His passion for youth development through sport is how he aims to impart leadership skills, improve business acumen and life skills, which he believes can help alleviate poverty, upskill others and create better opportunities for the youth in his community.

Born in Meadowlands, Soweto Zone 4, his family moved to Orange Farm in the south of Johannesburg where he and four siblings were raised by their mother after his father passed away in 1992. Growing up, the energetic and passionate young man dreamed of following in his grandmother’s footsteps as she served as a leader in her community by fighting for workers union rights at the time. He wanted to lead the community just like she did.
After her passing in 2013, his cause was accelerated and his purpose solidified.

He joined Grassroots Soccer as a life skills coach. The move led to him being chosen as a Laureus Youth Empowerment through Sport (Yes) programme leader where he was promoted as a pioneer and mentor for new entrants. A graduate pioneer of the Laureus Yes programme, in 2013 he was one of twelve youth coaches selected to attend a coaching and skills development exchange programme for basketball in the United States through the US department of sport, also attending the Laureus Sport for Good Foundation’s annual project in Cape Town for two years.

Makhonjwa went onto find the Spark Youth Alive project in 2014 and is chairman of the SAFA Orange Farm Local Football Association in which he is committed to improving the lives of South African youth through sporting activities.

An avid believer in self-development, he aims to absorb as much as he can to grow into the best version of himself and empower others around him to succeed too. “I believe I was sent to this world to learn as much as I can and use sport to empower people, as a tool to implement change and give hope, just as it did for me as a young youth leader growing up in a disadvantaged environment.” — Leigh Wils