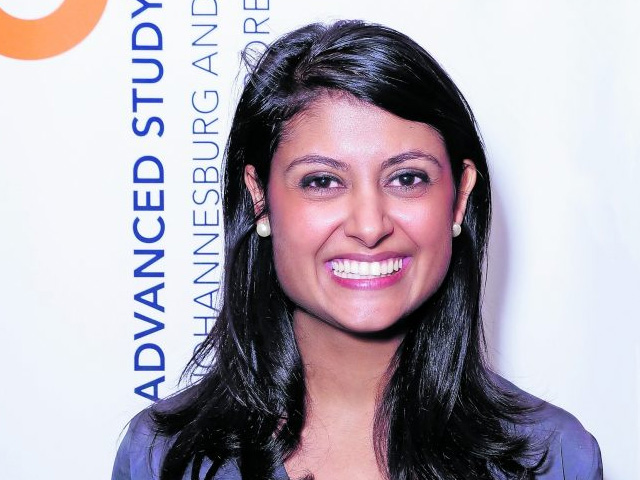 ‘The passion I have from my work as a neuroscientist and for my family comes from the same source: my belief, as a Baha’i, that the main purpose of our lives is to be of service to others and work towards shaping an ever advancing society,” says Dr Sahba Nomvula Besharati.

As to what piqued her interest in neuroscience, the South African of Iranian descent says: “Growing up, I would say I had a bit of an identity crisis. I am an ‘Afro-Persian’ as I like to call it, being born and raised in South Africa, but having Persian/Iranian parents. However, I also spent a portion of my childhood years in Canada, still having a strong Canadian accent. So I always found it difficult to really place myself among my peers. Then naturally when studying psychology, and later neuropsychology, the study of ‘the self’ — also called personality, identity depending what discipline you are coming from — and how our environment shapes our sense of self, immediately captivated my interest.”

Besharati holds a postdoctoral fellowship in neuropsychology from Wits University’s psychology department. Her PhD was funded by a Commonwealth Scholarship and was awarded jointly by the University of Cape Town and the King’s College in the UK in 2015. Her current research is on the social-cognitive and neuroanatomical basis of self-awareness in infancy and childhood.

In 2017 she initiated “Brain Matters”, an interdisciplinary seminar series and collaboration of two research centres and two neuroscience societies presented by four South African academics and two international scholars. The final event in 2017 was an NRF-SAfm Science for Society lecture broadcast live on SAfm. The series has continued in 2018 with a lunchtime seminar and a one-day workshop on drawing the brain in order to understand neuroanatomy better.

“Academic interests aside, one of the main purposes of Brain Matters was to make the study of the brain accessible and interesting to the public. South Africa has one of the highest rates of neuropsychiatric disorders in the world. Everyone, regardless of their education can benefit from knowing a little more about the brain and how it shapes ourselves and society, as well as potential health implications.”— Carl Collison