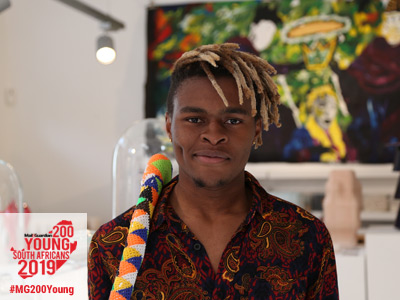 “
South Africa has a lot to offer the art world

Artist Giggs Kgonamotse Kgole is making strides toward becoming a globally recognised powerhouse. He works in a range of mediums from painting to performance, but has the whole world sitting up and taking notice of him.

Currently completing a six-month artist residency in Vallauris, in the south of France, known for its ceramics Kgole is based in Rome and has exhibitions planned in Cannes and London.

But his journey has not been easy. Born in Tembisa, Johannesburg’s East Rand, he was raised by his grandmother in a village called Kutupu in Limpopo; his family could only afford to pay for his primary school education. Determined to carve out a better future for himself, Kgole won a scholarship to the prestigious St Johns College in Houghton, Johannesburg.

And it was here he realised that the sky is the limit. At St Johns he had the opportunity to take part in a Scottish exchange programme, and he knew art was the direction he would take.

“Telling your Black parent, ‘I’m in a great school but I’m going to paint for a living’, was difficult. It was hard for my father to understand. He hadn’t seen anyone make a career of it,” he says.

Pouring his time and resources into creating a body of work, he started #GiggsKgoleArt an online hub for his work. In 2016, at the age of 19, his work was selected for the Sasol New Signature Top 100 and exhibited in his first professional exhibition at the Pretoria Art Museum. From then Kgole has taken part in a host of exhibitions including a solo show at the Everard Read Gallery in Johannesburg.

And the more noise he’s made, the more institutions that matter have taken notice: He is the recipient of the John Cabot Presidential Scholarship which is paying his tuition for a four year art history degree in Rome. At his first exhibition in Rome, the then South African ambassador to Rome Nomathemba Tambo bought half his body of work on show before leaving to London where she currently serves as the High Commissioner. Recently, during his vacation to South Africa, Kgole co-opened the Gaslamp Gallery in Maboneng to showcase young, local talent and sell their work.

Kgole dreams of building an art centre in the Limpopo village where he was raised, to help young artists get a leg up into the industry. South Africa has a lot to offer the art world, as long as people who get the opportunities give back to the country, he says. — Shaazia Ebrahim 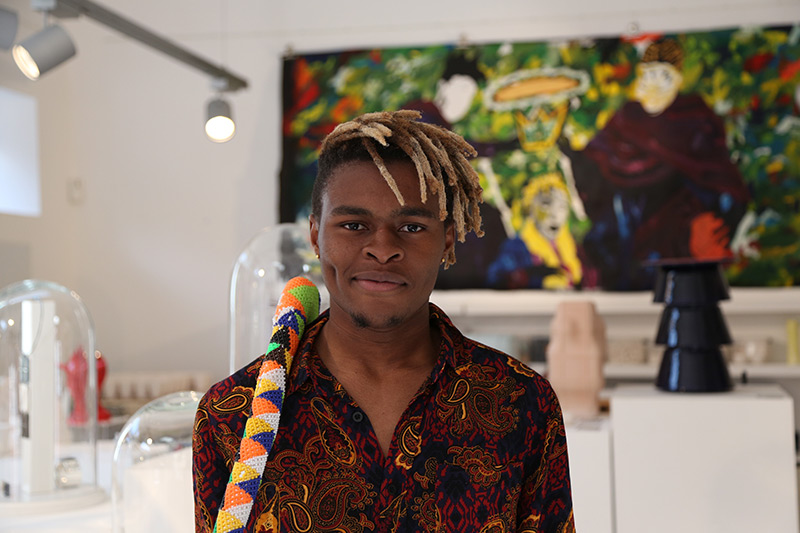