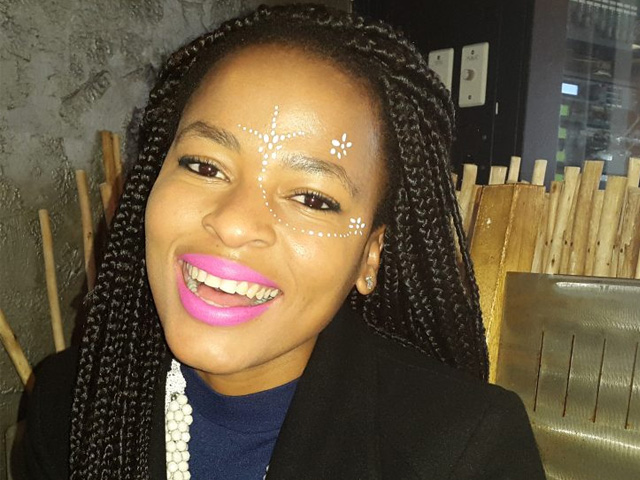 Growing up with her four siblings in a single-parent home in Lebowakgomo township, north of Polokwane, Itumeleng Tsatsi explored her creative side, making paper gift bags and clothes for dolls, which she sold. She once organised a beauty pageant, collecting R5 from each of her peers, buying prizes for the runners up and winners. “At the heart of all this, I found joy in bringing people together, helping them realise their potential. Even if it was not on TV, it was okay,” she recalls. But in high school, she let go of her creative side, turning her focus to science.

In matric, she came second in her class and was recognised by the Limpopo province in its results ceremony. But to her dismay, she was unable to secure a place to study engineering at the only university she had applied to. She did a stint studying engineering at a college and decided it was not the field for her.

It was during a gap year that she stumbled upon occupational therapy in a UCT prospectus and decided to job shadow an occupational therapist working at a psychiatric hospital. Intrigued by how the occupational therapist helped make other people’s lives more meaningful, Tsatsi applied for admission into the UCT programme and was accepted. She had no intention, however, of working in the mental health field. “It was uncomfortable and challenging and I wanted nothing to do with it,” she says. But this changed when she was forced to work at a Thabamoopo Psychiatric Hospital after completing her community service. “I soon realised that my attitude as a health professional towards mental health was contributing towards perpetuating the stigma and further marginalising mental health service users.”

Tsatsi is now passionate about mental health and a lecturer in occupational therapy, specialising in psychiatry and community based education at the University of Free State. She is also an occupational therapy master’s student at Stellenbosch University, conducting research into the experiences of long-term mental health care users who are living in Thabamoopo Hospital’s halfway house. She aims is to use her findings to enhance the services provided by the halfway house to its residents. “We are all affected by mental illness, even if we have not personally experienced it. Let us be a country that is supportive of mental health care users and normalise it like any illness, in our office corridors and communities.” — Fatima Asmal