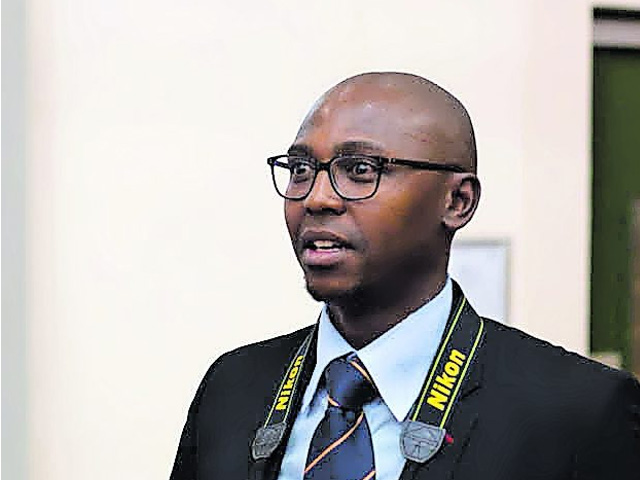 Kgomotso Setlhapelo’s upbringing has shaped the person he is today. When Krugersdorp Town School rejected him several times due to the quota system of the 1990s, he and his father, who had spent a period in exile under apartheid, challenged the school’s reasoning that he did not have aptitude to progress there. When he eventually gained admission, he ended up receiving an award for academic diligence.

Later, when the University of Pretoria granted him acceptance into its electronic engineering programme, it was upon the condition that he completed his degree in the record time of four years, which he managed to accomplish.
Setlhapelo is a chief engineer at Eskom. His main role is to provide telecommunications leadership, solutions and support, particularly for optical and microwave radio communications. He is also involved in the development of technology solutions through compiling technology standards and specifications, technical evaluation of proposed technology, network design and engineering and link and/or network failure investigation.

Outside of Eskom, he is a member of the South African Institute of Electrical Engineering (SAIEE) Council, the SAIEE Central Gauteng Centre Committee (SAIEE CGC) and is the newly elected chairperson of the SAIEE Electronics and Software section. Last year, he was awarded the 2017 SAIEE Keith Plowden Young Achiever of the Year award, due to his many contributions to the SAIEE CGC. These included volunteering to lead the corporate social investment initiative of the centre, the main goal of which was to encourage learners at disadvantaged schools in Ekurhuleni to take up mathematics and science as subjects and electrical engineering as a profession.

In his free time, Setlhapelo provides tuition at no charge to mathematics and physical science high school learners in Ekurhuleni. “With the Fourth Industrial Revolution upon us, science, technology, engineering and mathematics (Stem)-based skills and professions are a non-negotiable. To be competitive in the greater world economy, South Africa needs to increase the number of these scarce and critical skills,” he says.

“It is incumbent on Stem practitioners to assist in reversing the systemic and systematic discriminatory legacy of apartheid that only gave opportunities, particularly in Stem, to the minority.” — Fatima Asmal