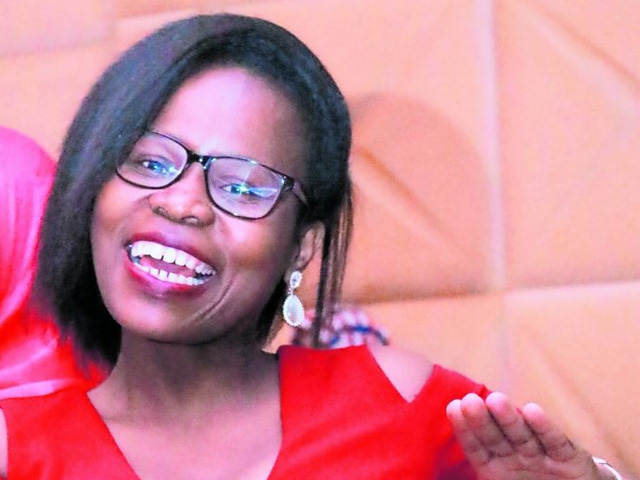 Khanyisile Kgoadi wanted to be a medical doctor who finds a cure for HIV because there were, and still are, a lot of people in South Africa affected and infected by it.

“I am a very compassionate and empathetic person, and the stigma around HIV, and the narrative around it being a so-called death sentence made me interested in working towards restoring the dignity and the self-esteem of people with it.”

Growing up in Mofolo South, Soweto, meant that she and her peers had limited exposure to the many paths that can lead one to be a scientist, but she finally realised that being a doctor is not the only way that one can work towards saving lives. Kgoadi’s research interests are related to TB, meningitis and how bacteria are spread among people, as well as the gaps that exist in the diagnosis-to-treatment value chain.

South Africa has one of the highest TB rates in the world; people are still dying from it because TB preventative measures are not fully in place, and patients often develop resistance because they default on their medicines.
“As a young female scientist in a male-dominated world I have had to work harder, and I am proud of the opportunities that I have grabbed. I am involved in tutoring high school students in Gugulethu, black students who do not have teachers and are having their development slanted by conditions out of their control.”

Through mentorship she hopes to instil a sense of confidence in her students, so that they do not think twice about applying to the best universities in the country and the world. Kgoadi hopes to open her own HIV/TB co-infection lab in South Africa someday soon. — Nomonde Ndwalaza