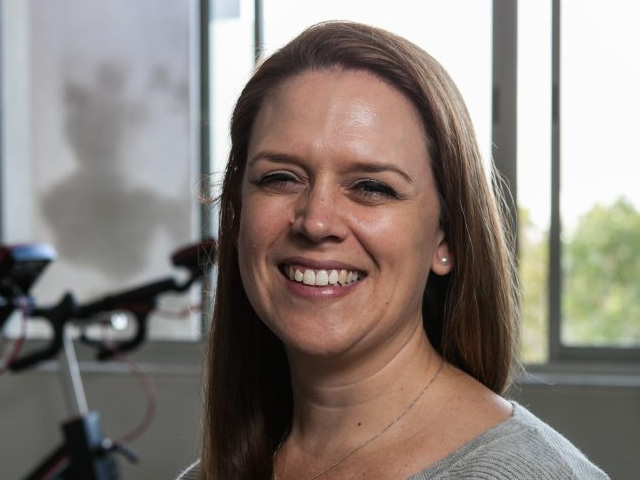 At the age of just 26 Kim Buchholtz started a private physiotherapy practice in Plumstead, Cape Town. She completed a postgraduate certificate in Orthopaedic Manipulative Physiotherapy in the same year, following this up with a Master of Philosophy in Sports Physiotherapy in 2013 — this in spite of the fact that she was working full-time, running her practice and managing a medical centre with four tenants.

At around the same time, Buchholtz began assisting the University of Cape Town (UCT) with the supervision of students in clinics around the city, and lecturing on an ad hoc basis. It’s difficult to believe that she wasn’t even sure that she wanted to study physiotherapy to begin with.

“After taking a gap year in the UK, I decided to apply for physiotherapy and believed that if it was the right thing for me, then I would be accepted,” she says. “I still wasn’t 100% sure that it was what I wanted when I got accepted, but by my third year, when we were doing mostly clinical training, I was loving it.”

Buchholtz grew up in a physically active family (her father completed 32 Argus Cycle Tours) and is a cyclist and runner herself. So it is no surprise that her focus soon turned to sports physiotherapy; and she has been the course convener for a one-year postgraduate certificate in Sports Physiotherapy on behalf of the South African Society of Physiotherapy since 2014.

“It was an amazing experience and it opened my eyes to how people with disability are able to perform at such a high level of sport,” she says. Buchholtz began working as part-time lecturer at UCT in 2016 and decided to sell her practice earlier this year to focus on academics. She is concurrently working on her PhD, in which she is investigating the factors affecting injury in multi-stage mountain biking events.

“Moving into education has allowed me to help shape the future of the physiotherapists in South Africa and ensure that we are training competent, caring and well-balanced physiotherapists who can improve the quality of lives of people across South Africa,” she says. — Fatima Asmal