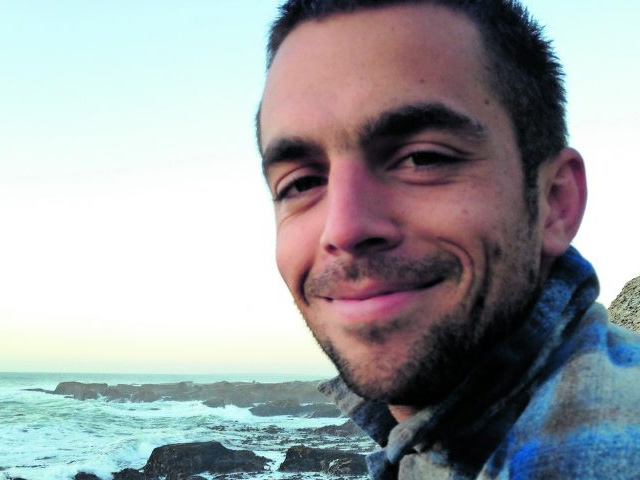 Kimon de Greef is a freelance journalist who writes stories that situate conservation challenges in their wider social and economic context. In his work, he often tackles difficult topics, deeply probing the crux of the issue at stake.
With a particular interest in covering illicit resource trades, de Greef has been published internationally in The New York Times, The Guardian, National Geographic and Al Jazeera, while locally he contributes regularly to GroundUp News.

De Greef was drawn to journalism when studying conservation biology at the University of Cape Town. His approach to stories is often from the perspective of those who are burdened by legacies of economic exclusion and are trying to make a living on the fringes of society, including illicit diamond dealers, donkey skin smugglers, marijuana farmers and mountain muggers.

“I believe preserving the environment is impossible without social and environmental justice, and I hope that through storytelling it’s possible to shift and widen people’s perspectives,” he says.

De Greef focuses on reporting human stories that are seldom covered. “I see a great need in SA for factual storytelling that helps plant in the mind of a reader some kernel of new understanding: what life is like for other people, why they do what they do or how they came to be there. In the realm of conservation, with such wide gulfs of experience separating people in this country, this work is particularly relevant. We live both in a biodiversity hotspot and the least equal society on earth, and the desire for environmental stewardship is often at odds with social and environmental justice. How do we bridge these gaps? I believe reporting can help broaden the conversation.”

De Greef believes his work helps demonstrate how the beneficiaries of South Africa’s unequal past — predominantly white people — are complicit in illicit trades that are easy to condemn.

“It is a peculiar and troublesome aspect of South African life that most people living here exist on the margins of society. Their voices, while numerically dominant, are largely absent from the public record, and that is a massive problem. Poaching, illicit mining, marijuana farming, all stories I’ve covered, are logical responses to South Africa’s inequality and resource abundance.” — Linda Doke