Local opportunities for the youth in the Fourth Industrial Revolution 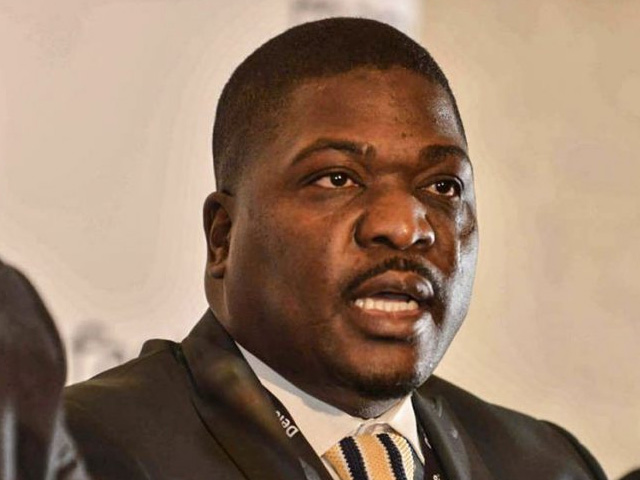 Local opportunities for the youth in the Fourth Industrial Revolution

Young people must equip themselves with the requisite technological skills and educational opportunities in order to survive in our rapidly changing world.

The City of Ekurhuleni’s MMC of Finance Doctor Nkosindiphile Xhakaza made this call during a youth lecture held at the Nigel town hall, which examined local opportunities for the youth in the Fourth Industrial Revolution.
Xhakaza said the onset of the digital age has meant that certain forms of work are disappearing from the industrial scene and new kinds of jobs are emerging, particularly in Ekurhuleni.

Frequently described as the manufacturing centre of South Africa, the Ekurhuleni municipal region, according to research, accounts for at least a quarter of Gauteng’s entire economic output, with more than 41 000 enterprises supplying a variety of goods and services across more than 8 000 industries.

“In order not to be victims of these changes, all of us suddenly have the unavoidable need to learn competencies in information and communications technology. The ability to use a computer, to be able to search the internet, effectively use social media and understand internet languages have all become necessities, as opposed to luxuries,” said Xhakaza.

He said the City of Ekurhuleni is investing in education in order to equip the youth with the requisite technological skills. The City, according to Xhakaza, has since 2016 increased bursary funding from R10-million to R100-million. He said the City would like to more than double the amount and increase it to R250-million by 2020.

Xhakaza added that the metro was also working towards the establishment of a University of Ekurhuleni, which will specialise in applied sciences and technology and essentially emerge as a university of the future — a path-breaker for other universities in the country.

“This will provide the youth of Ekurhuleni with the opportunity to lead the country as the first students to enrol at such a university. Our planning process points towards a university that will give them a skills set that is associated with advanced countries such as Japan, China, South Korea and the United States that are leading in the areas of science, technology, robotics and artificial intelligence,” said Xhakaza.

“This investment of millions becomes meaningful when we have a youth that takes education very seriously. It needs all of us to work towards encouraging every one of our young people to place a high premium on the value of education and actually take it up on themselves to pursue it.

“The impact of the Fourth Industrial Revolution will prove that it us necessary for everyone to develop their competencies through education. The opportunities that will come to life with the gradual growth of our Aerotropolis City demand that we improve our capabilities through education as both future employees in a smart city environment and future investors in smart technologies.”

Xhakaza said as part of the region’s strategy to develop an Airport City, or the Aerotropolis, the administration was focusing on developing it into a smart city; this meant a city with its productivity rooted in digitisation, information technology, robotics and naturally steeped in artificial intelligence.

“We envision a city of the future in which transport services, logistics, manufacturing, storage capabilities, information services and trade services are increasingly mechanised and improved by artificial intelligence,” said the MMC.

“All of this provides an opportunity that you as the youth of the city have to exploit to maximum effect. There is a great scope for investment in technologies that must be led by you. Digitisation involves a great deal of investment in fibre optics to improve connectivity, and the creation of smart apps that can be used in smartphones to produce and share information about the city among its residents.”

Xhakaza said the youth of Ekurhuleni must “wake up and smell the coffee” because they are growing up in a city with immense opportunities. He said the City of Ekurhuleni has a strong, established manufacturing base characterised by mining, heavy manufacturing, light industry and fast-moving consumer goods, thus forming an important part of Gauteng’s Transformation, Modernisation and Re-Industrialisation programme.

“This lecture is to inform you about what you can do compete and position our City for growth and development. The ball is in your court as the youth. You are leading your own revolution. We care; we were students in the 1970s. We were young. This is your time to take up the baton and move the country forward.” — Charles Molele