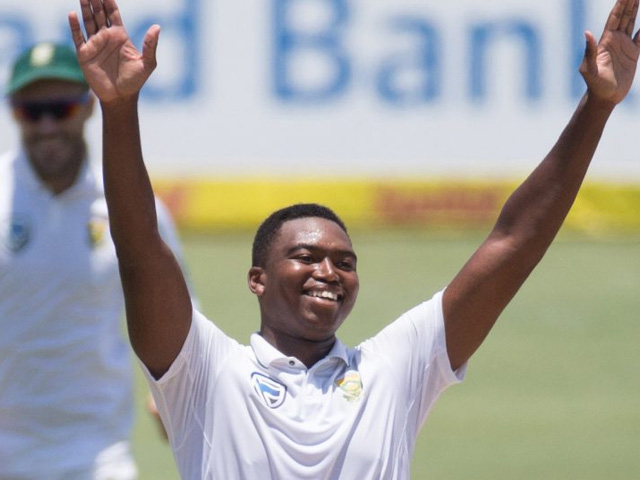 The fall of India’s last wicket in Centurion confirmed one of the greatest innings by a South African on Test debut since readmission. Lungi Ngidi took six wickets wickets for only 39 runs to achieve that feat, earning a total match score of 7/90 with an amazing strike rate of a wicket every 22.5 balls.

That man-of-the-match performance in January was vindication for a decision to dedicate his life to the sport. “I’ve always played cricket, but it wasn’t my main focus at first,” says the 22-year-old. “I was also a decent rugby player and I would get involved in swimming and athletics; I pretty much did it all. I only really started focusing on cricket in grade nine.”

It was that sporting prowess that earned Ngidi a scholarship to the prestigious Hilton College in KwaZulu-Natal. He thrived in those formative years — his high school coach would later say that he always knew the precocious fast bowler was destined to make it big with the Proteas.

Yet to reach his prime, there is no limit to what Ngidi can achieve in the national set-up. Coming off the back of winning the Indian Premier League in his first season, another spectacular debut, the pacer is now fully focused on taking South Africa to the pinnacle of cricket in all formats of the game. “I aim to stay in the national side and deliver big performances as consistently as I can. I’ll prepare as best I can for upcoming tours and tournaments.”

With the World Cup less than a year away, such enthusiasm will be a beautiful sound to coach Ottis Gibson. Alongside Kagiso Rabada, the Proteas now have two of the most promising fast bowlers in cricket and will have realistic hope that 2019 is the year they lose their unwanted reputation of choking under pressure.

“Listening, listening is a massive skill that helped me along the way; sometimes people think they know it all,” Ngidi says of his journey to the big stage. “Listening to the information and advice that you get given is really important. You have to realise that everyone’s path is different. It takes different times for different people to succeed and reach their goals.”— Luke Feltham