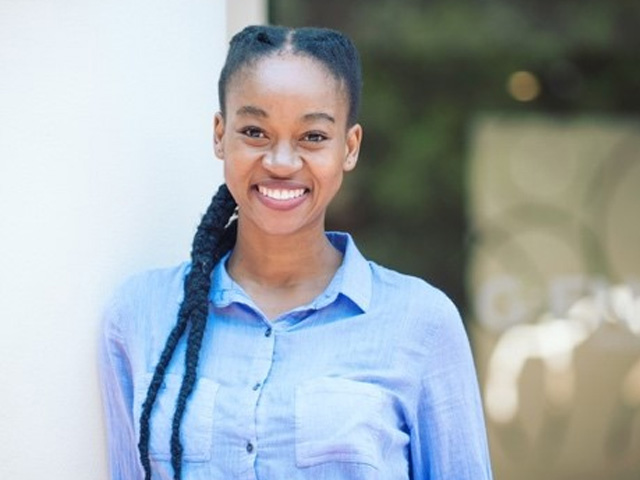 Throughout her life Motlatso Rampedi has encountered young women who have had to delay their dreams of finishing school and seeking employment due to unplanned pregnancies. In fact, she herself was born when her mother was still a university student, but fortunately her grandmother took on the role of raising her.

Rampedi is also concerned about the fact that in unplanned pregnancies the mother-to-be is less likely to seek antenatal care, increasing the risk of a range of maternal and foetal complications. She has therefore made it her mission to to empower young women with knowledge about the use of contraception.

While conducting research for her master’s in Demography, she found that South African women do not use the methods of contraception which correspond with their childbearing intentions. This inspired her to initiate a project called “iLoveCondoms” which sees her conducting presentations about the various methods of contraception available, how to use them, their side effects, etc. These presentations also use storytelling and role play to demonstrate how young women can build their confidence to request family planning assistance at health centres and have discussions about contraception with their sexual partners.

“On several occasions, after these presentations, the young women want to know more about whether the current contraceptive methods they are using are appropriate,” she says. “This is encouraging because I am then able to refer them to health facilities, where they are better equipped to have conversations about contraception.”

Until recently Rampedi worked as a health analyst at Genesis Analytics, a Johannesburg-based consultancy firm, where her role included analysing evaluation outputs of health programmes in the sexual and reproductive health and HIV fields. She resigned earlier this year to pursue a PhD in Demography and Population Studies at Wits University. Unsurprisingly, her thesis is focused on understanding the determinants of contraception discontinuation among young women with recent disease diagnosis.

She admits it is somewhat challenging discussing issues such as sex, contraception and pregnancy with women who are sometimes older than she is. But this doesn’t deter her from her goal: “Empowering young women about the use of contraception is an important way to ensure that women (particularly those in their adolescence) who want to avoid or delay pregnancy are able to do so, allowing them focus on other aspects of their life development,” she says. — Fatima Asmal