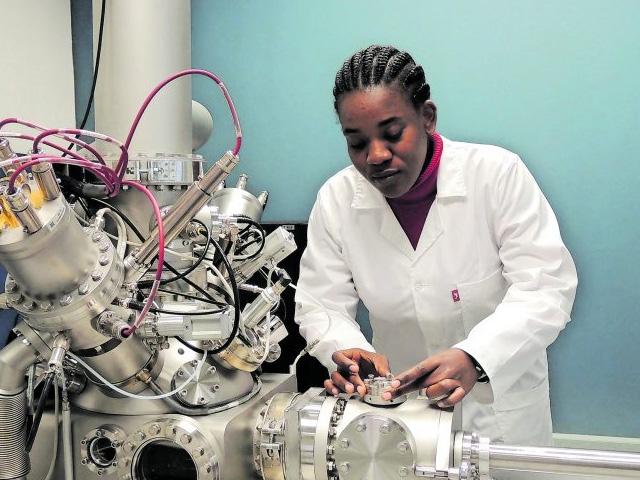 Growing up in the rural Venda village of Ha-Rabali, Muthumuni Managa says she “attended schools without science laboratories; in communities where cancer patients died more from lack of knowledge than cancer itself”.

But, she adds: “My ultimate influence, however, was when I personally became affected by cancer: my mother was diagnosed with cancer during my undergraduate studies. At that moment, I took a conscious decision to further my studies to PhD level, with cancer research as a focus.”

A Pearson Young Foundation Fellow, Managa holds an MSc degree and recently completed her research for a PhD in Chemistry at Rhodes University. Her accolades include the DST/MINTEK Annual NIC Awards (in 2012 and 2017) and the Lelona Fufu Prize. She is also the founder of Rhodes University’s Vhavenda Society, which she has chaired since 2014.

She is also the owner of Grahamstown’s Mu2’s Kitchen, a kasi-style restaurant which serves up affordable township cuisine. Her passion for community-building saw her scooping the 2010 and 2015 Rhodes Award for Community Engagement. She was also a laboratory manager at the Rhodes Centre for Nanotechnology Innovation from 2015 to 2017, and is currently mentoring honours and MSc students through their research.

“I grew up within a society challenged by a paucity of positive role models, where a girl child’s future meant pregnancy, dropout, and if lucky, an unstable marriage,” she says. “I vowed to myself that I was going to defy this, and become an agent of change.

“Being a young scientist, many students look up to you since you are demystifying the stereotype that science is hard. Being involved in Scifest Africa as a workshop facilitator, I was humbled by primary and high school learners who approached me after my sessions and said, ‘I want to study science and bring change to my country.’ That, to me, is an indication that young learners from underprivileged backgrounds gain confidence by seeing me, and talking to them about something they previously thought was too far-reached. As young South Africans we need to create opportunities for ourselves, and for others, work hard in driving the economy of this county in whichever career path we embark on. There is nothing impossible when you put your mind to it.” — Carl Collison