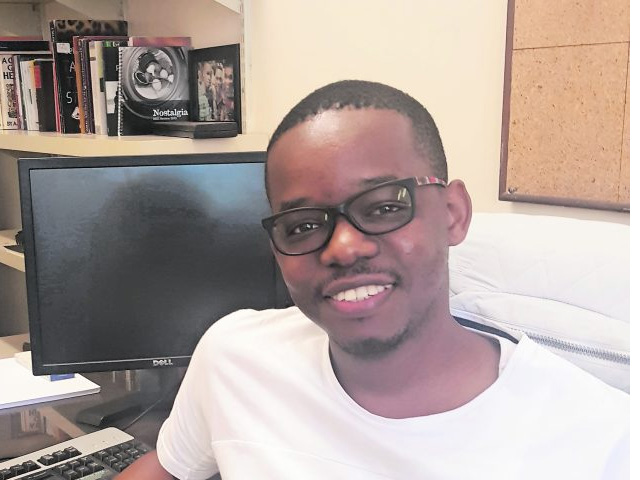 Human geography lecturer Ndumiso Ngidi’s passion for social justice education and transformative education has been largely influenced by specific experiences and events in his life. Losing his mother to a heart condition when he was just 12 months old, and his father to an HIV-related illness when he was seven, Ngidi grew up an orphan, separated from his siblings and raised by various relatives and neighbours.

During this time, Ngidi experienced much abuse and neglect, including being raped by a family friend. These traumas sparked an interest in reading and education.

Throughout his schooling, Ngidi felt there was a mismatch between what was taught and his life experiences, and it was only in his second year of university that he experienced a breakthrough in his learning.

“The subject was a psychology course that focused on violence, abuse and trauma. It was in those classes that for the first time in my life I was able to speak about my experiences, because the lecturer allowed a form of teaching and learning where we as students could contribute meaningfully to the subject matter and feel validated by sharing our experiences. My postgraduate work followed the steps of that psychology course.”

Ngidi began his work within the field of HIV and gender-based violence, working with groups of secondary school learners and university students. He developed innovative methodologies for teaching and learning, as well as research that relied on the collaborative contributions by him and his students, whom he regards as co-educators. He also works with township and rural communities, and particularly with vulnerable learners, trying to understand and address social injustices to which young people are exposed.

“I consider myself a transformative educator and visual researcher. I believe in teaching that fosters collaborative learning and empowers students to think creatively and critically. My teaching is rooted in participatory methodologies, encouraging students to be critical thinkers, participatory and active learners, and to seek alternative possibilities. In my teaching methods I have designed programmes that focus on creating safe spaces where students’ beliefs, experiences and attitudes are not only validated but further re-evaluated.

“I want my students to graduate not only able to answer established questions, but asking critical questions about their relationship with the spaces they occupy. I have therefore introduced participatory visual methodologies — such as photovoice, participatory drawing, cellphilm, digital storytelling and collage — for students to unleash their voices in critically understanding the production of violent space.”

Among numerous awards over the past few years, in 2018 Ngidi won the World Bank and Sexual Violence Research Initiative Award in the Development Marketplace for Innovation on Gender-based Violence Prevention. — Linda Doke