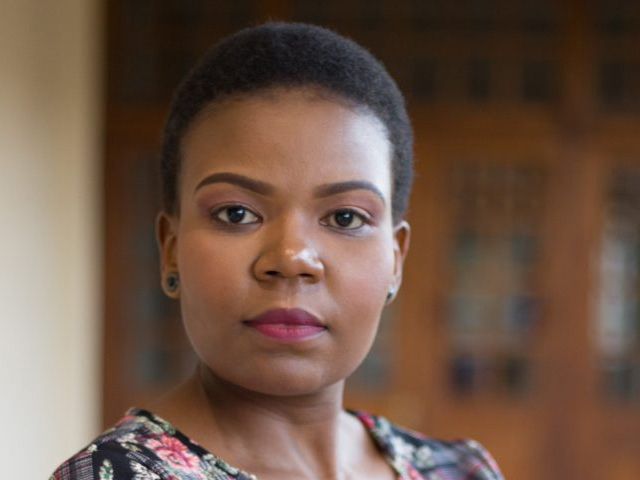 Raised in the small town of Fort Beaufort in the Eastern Cape, Nozipho Dlali set out to make a difference to the world.

Today she’s a human rights advocate running her own legal practice, Nozipho Dlali Attorneys. She worked for the Consumer Protection Office in the Free State for six years, offering pro bono legal services to the poor and the marginalised, she was instrumental in drafting the initial draft bill for the Free State Unfair Business Practice Act, and represented South Africa as a Junior Chamber International Peace is Possible Director in 2017. It was in her latter role that she represented the country at the World Peace Summit in Sarawak, Malaysia and participated in the formation of the Young People’s Proclamation and Peace.

When asked what inspires her, Dlali says, “During orange picking season, scholars had to stop schooling and harvest. This was my first exposure to gross injustice and inequalities, that we still face in our country, and I knew then that I wanted to be a lawyer. I felt this was the only platform I could use to address these injustices.”

Dlali studied her LLB at the University of the Free State and then moved to the provincial Consumer Protection Office. She also joined a nonprofit organisation, Junior Chamber International South Africa as a director of the Peace is Possible Campaign. This is when she realised the responsibility she had as an individual towards the realisation of the United Nations 17 Sustainable Development Goals.

“I realised what role I needed to play if we wanted to create the world we wanted to live in by 2030,” she says. “I formed Nozipho Dlali Attorneys where our core vision is to eradicate social injustices and inequalities by making legal services accessible to those who normally wouldn’t have access. I believe that the only way that can happen is if partnerships are formed between government, section 9 institutions, the business sector and civil society.”

Today, Dlali is changing the world one human being at a time, but tomorrow she is one of 700 young South African leaders set to participate in the Mandela Washington Fellowship in the United States. — Tamsin Oxford