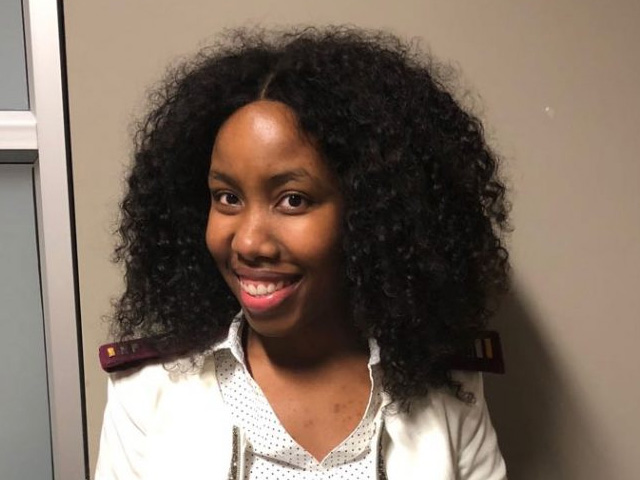 Nurse and lecturer, University of Johannesburg

Nursing is in Sanele Lukhele’s blood. Her grandmother is a retired theatre nurse. One of her aunts is a neonatal critical care nurse specialist and the other is a paediatric nurse. “It therefore did not come as a surprise when I decided that I would like to follow suit,” she says. “I was very inspired by their passion for nursing and the stories they shared about their experiences of working with patients.”

Lukhele recalls with great fondness the first Friday in 2012 when she finally went to care for patients as a trainee nurse. To her, the hospital felt just like home, and she passionately embraced her studies.

During her years as an undergraduate at the University of Pretoria she was involved in various leadership structures within the faculty of health sciences. In 2014 she was elected the first black chairperson of the nursing sciences house committee. A year later, she co-founded the South African Nursing Students’ Association, a nonprofit organisation aimed at uniting nursing students across the country in order to improve the image of nursing in South Africa. The organisation also encourages research outputs from young nurses in order to implement evidence-based nursing practice and foster a culture of learning and continuous professional development amongst young nurses.

In the same year Lukhele was invited to join the Sigma Theta Tau International Honour Society of Nursing, which is made up of 135 000 nurse leaders from around the world. She has just been selected to be Africa’s sole representative in Sigma’s Next Generation eight-member task force for the next two years. The task force will tackle the goal of promoting the recruitment, retention and engagement of new members who will serve as next generation leaders.

She was recently appointed as a lecturer in the University of Johannesburg’s nursing department. She is simultaneously pursuing a master’s degree in midwifery, her passion, via the University of Pretoria. “I love births,” she says. “I love uniting healthy babies with their families. I love that moment of relief and excitement when a baby is born and we all shout joyfully ‘Congratulations’ to the mom and dad.”

For Lukhele, nurses constitute the eyes, hands and feet of a multidisciplinary team: “When the hospital corridors are quiet and all the other professionals have left to go and be with their families, it is the nurse who stays behind and burns the midnight oil.” — Fatima Asmal