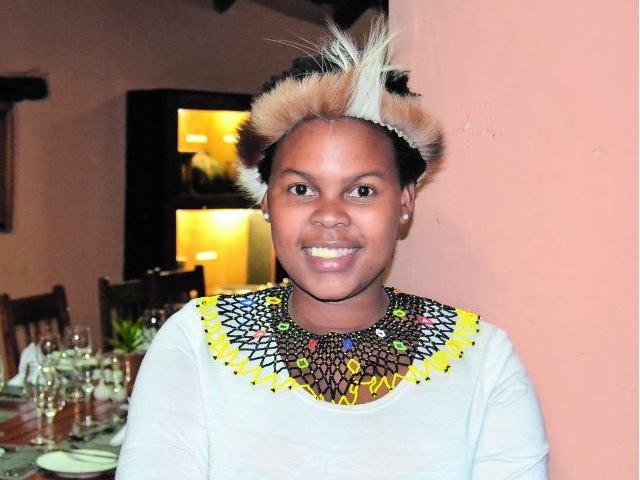 Simangele Msweli is a science student who plays a role in translating science to a non-science audience and in using science to influence policy. Biodiversity, the initial interest of the young scientist, is not distributed evenly on Earth; it is richest in the tropics and around the equator. It is for this and other reasons that she aspires towards not only doing research in South Africa, but Africa at large, because the continent is such a rich biodiverse land mass and the various fauna and flora remain largely under described.

Growing up in the beautiful and biodiverse Mtubatuba region of KwaZulu-Natal made Msweli curious about her natural environment. Her fascination with changes in vegetation, wetlands and the landscape in general led to wanting to understand the causes of those changes. In high school, she joined an environmental club. “This launched my career, as it exposed me to more environmental issues through excursions for wild dog tracking and sea turtle tours, among many other activities.”

Msweli participates in environmental education initiatives in UKZN, where they create an environment to share science with primary and high school kids. An aspiring researcher and lecturer, she hosts community outreach programmes such as providing environmental education at the Happy Earth Festival and the Royal Show. An interest in policymaking led her to be a member of the Global Youth Biodiversity Network; she has participated in the United Nations Convention on Biological Diversity in India (2012), Mexico (2016) and Canada (2017). She is a recent recipient of the UKZN Talent Excellence and Equity Acceleration Scholarship, which means the university will fund her PhD for the next three years and offer an academic post for research and lecturing for three years after its completion. — Sifiso Buthelezi