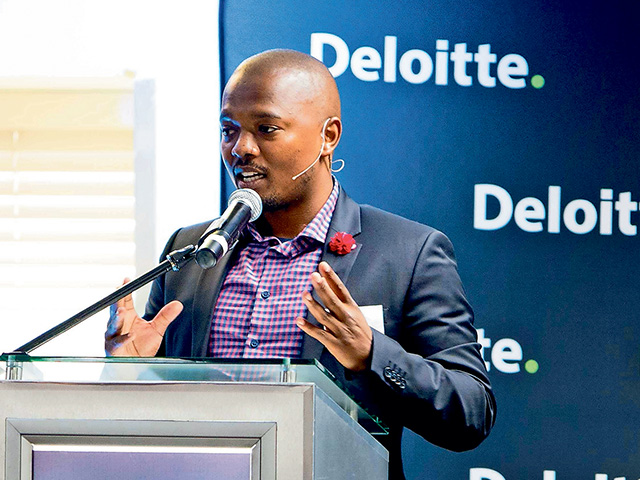 “In anyone’s life, it is important to have role models. An opportunity to share one’s successes and failures sometimes is a great learning opportunity for other aspiring young persons,” says Sisa Ntlango, who was appointed as the first black director/partner by Deloitte in the Eastern Cape and is one of the youngest in his profession.

Ntlango is from KwaBodweni Village in Lusikisiki, rural Eastern Cape, where he attended schools with limited resources.

Ntlango chose to remain in the Eastern Cape for many years, despite the urge many accountants have to migrate to cities like Johannesburg and Cape Town. “I was born here; there will always be a desire to make a difference in the community that raised me.”

He is the public sector leader of the firm, overseeing the regions of KwaZulu-Natal and the Eastern Cape, and seeks to form and maintain partnerships with local government where the skills of the accountancy profession are mostly needed.

The highlight of his achievements, he says, is having risen above the odds to become an inspiration for many gifted young people who also hail from seriously disadvantaged backgrounds and see no future for themselves.

Ntlango says he is driven by a desire to positively contribute to his clients and community though his professional expertise. Helping his clients achieve their goals and make the desired societal impact they seek to achieve is what he aims for, he says. — Rumana Akoob