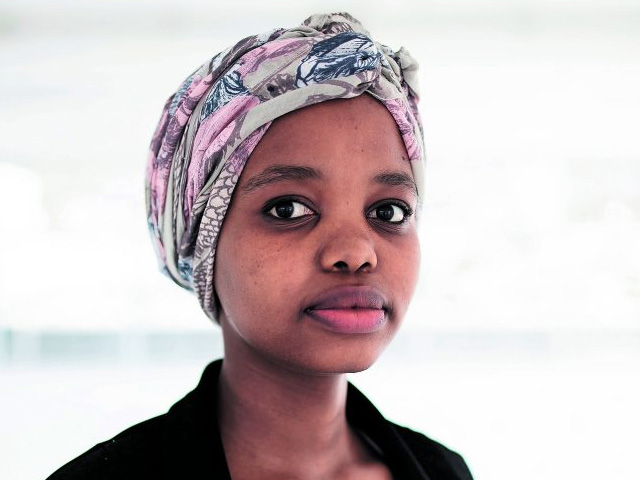 Journalist Sumeya Gasa is an expert in the new skills needed to disseminate information in our multimedia world.
She combines the arts of writing, documentary filmmaking and researching to create award-winning multimedia news stories.

Born in Durban, she moved to Johannesburg to study performance and visual arts at Wits University, majoring in film & television, arts management and psychology.

That earned her a job as a multimedia journalist with News24, and later with Chronicle, the multimedia partner to the online site The Daily Maverick.

At Chronicle, Gasa and her colleagues produced the investigative multimedia feature Casualties of Cola, which won a CNN Africa Journalist Award in the Ecobank Economics category, the Vodacom Journalist of the Year Regional Online Award and third prize at the Taco Kuiper Awards.

Her next personal goal was to pursue a master’s in Digital Arts and Interactive Media at Wits; her research saw her investigating the impact of gentrification on generations of displaced families. She spent a year in Cape Town investigating the land policies that inform Cape Town’s spatial injustice, and followed the lives of four families who had been displaced during apartheid and faced the same fate decades later due to urban gentrification.

Their stories inspired Gasa to return to Johannesburg to shed light on the disastrous effects gentrification is having on some people’s lives and the generational legacy of displacement. To do that she is using technology to create interactive audio-visual stories about the gentrification of Johannesburg.

In her day job, Gasa is an investigative journalist and multimedia producer at the Wits Justice Project. She also teaches a writing course at the Market Photo Workshop, and teaches video editing at Wits School of Film and Television. In her spare time, she mentors a number of budding filmmakers and digital artists.

Gasa is committed to advocating for social justice through her creative work and research, and her work appears in influential publications including The Daily Maverick, News24 and the Socio Economics Rights Institute’s media.
For her PhD, she intends to study the art of participatory filmmaking. Her goal is to develop a high school curriculum to give learners the necessary tools to tell their own stories. She also hopes to establish an educational centre for young people to gain multimedia skills and take control over their narratives. — Lesley Stones