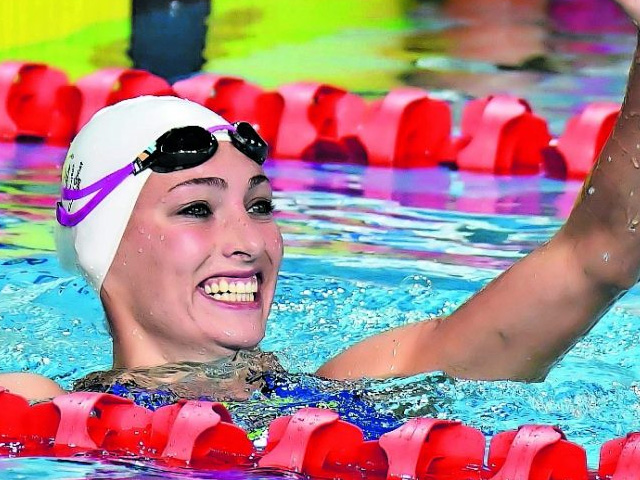 Concerned for her safety around the house pool, the parents of a five-year-old Tatjana Schoenmaker taught their daughter how to handle herself in the water. Three years later she won a 25m butterfly race at a local gala and they instantly knew they had an obligation to help nurture her talent.

“You can’t reach a high level with only a little amount of training,” acknowledges Schoenmaker, who has been working to enhance her swimming ever since. That dedication escalated when she joined TuksSport High School and went from three-odd training sessions a week to eight. “Going to the sports school was the support I needed,” she says. “Especially being away from home. I have a very good relationship with my coach and he has it with all his swimmers. It’s really nice to be able to connect with your coach; if you’re not it feels like you’re never progressing.” That structure of support extended to this year’s Commonwealth Games, where a large South African contingent travelled to Australian Gold Coast to take part. Having the whole team cheering from the side of the pool pushed Schoenmaker to remarkable heights. Three African records tumbled in the competition: all previously belonging to the legendary Penny Heyns.

Schoenmaker set an incredible 2:22.02 in the 200m breaststroke before sealing a time of 1:06.41 in the 100m version — winning gold for both. Remarkably, she joins Natalie Du Toit as the only other South African female swimmer to place first in the games. “Winning the medals and having my parents in the stands was one of my proudest moments,” she says. “I got very emotional with the national anthem. It was just such a proud moment to hear your name said and you’re singing the national anthem with your parents right there with you. That was a big moment for me.”

Thanks to the record times, Schoenmaker has become an instant sensation in a nation that has growing expectations for its athletes and swimmers. While she now has her eyes fixed on finishing a financial sciences degree at Tuks, there’s one particular dream she will fight for in the coming months: “The ultimate goal would be to go race at the next Olympics in 2020. I only have two years to prepare.” — Luke Feltham