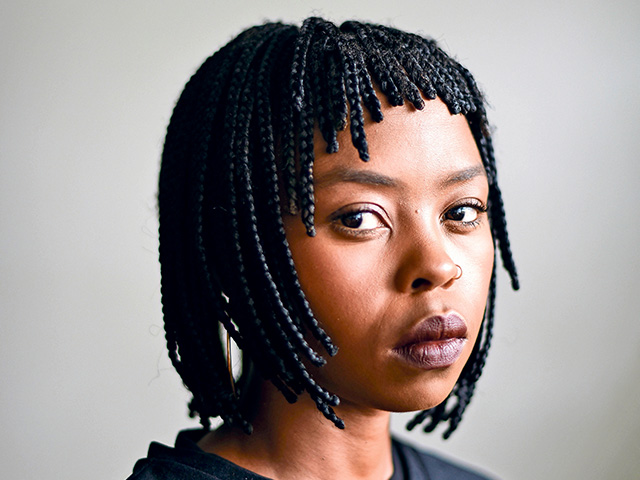 Filmmaker Zandile Tisani is likely to upset a few people by creating work that examines life from a black female point of view. And she’ll probably be very happy if her movies have you squirming with embarrassment and laughing at the same time.

Like her short film Heroes, a dark comedy that explores a white community’s reaction to a black family moving into the neighbourhood in 1994. It was shot in Bryanston and Westdene and is based on the true story of her own family first moving to a posher suburb of Port Elizabeth and later discovering the neighbours had held a meeting to discuss how the community felt about a black family moving in. Heroes was filmed after Tisani was one of 10 female filmmakers to win a grant from the National Film and Video Foundation to help bring their ideas to fruition.

Storytelling is a creative way of ordering her thoughts and preoccupations, she says, and it’s really important to her that black women feel free to comment on whatever they would like to. “I believe you need to really put yourself on the line,” she says.

Tisane focuses on screenwriting but has a broader background in fine art, styling and photography. Her understanding of how to construct a narrative is tied to a commitment to wow audiences with powerful imagery, she says. It’s obviously working, because Design Indaba has praised her for vibrant and powerful imagery that strikes a chord with audiences.

For the web series, People You May Know, she wrote the script and directed and starred in it. The series reflects her interest in character-driven stories that are constructed to express the various urban African identities that give Jo’burg its shape. The series was an official selection at Series Mania Paris 2017 and won her the OneX Pitch Deal at the New York Television Festival.

She also directed Zaki Ibrahim’s Go Widdit music video, and has made two short Jo’burg-based documentaries, Highlands and Style Diary: Yeoville, which showcase the strong sense of place in all her work. Highlands was produced as part of the Encounters Documentary Film Festival Laboratory.