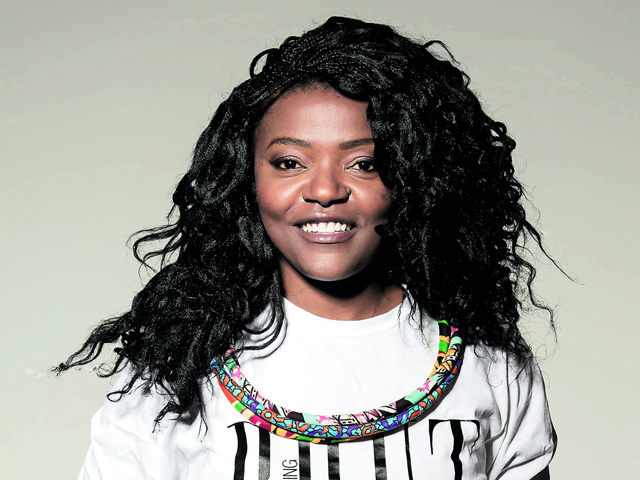 At the tender age of seven, Zaza Motha witnessed the death of her mother; an ordeal that, till this day, motivates Motha (34) to speak out against injustice. “She was shot in our house while she was on the phone. I remember that I wanted to tell the world my story. Tell the world about the injustice that I felt. That moment shaped my life and how I saw the world, and influenced my decision to become a journalist so I could tell the world my story.”

This award-winning journalist is the founder and director of POUT MOVEMENT; a self-empowerment movement for young women that publishes POUT MAGAZINE. Her work with POUT MOVEMENT earned her the 2018 Gauteng Premier’s Youth Excellence Award in the Economic Development & Entrepreneurship category. Motha — who has freelanced for some of South Africa’s biggest publications (Sunday Times, City Press and Mail & Guardian) — has significant experience in research, intelligence gathering, interview techniques, and compilation and presentation of information and findings, skills she continues to draw on through her entrepreneurial pursuits.

Among her many achievements, this budding entrepreneur says two stand out for her. The first being selected as one of the top two journalism students from the Tshwane University of Technology to study in the Netherlands. “That experience of staying overseas contributed to my paradigm shift; that of living in a safe space where there was quality of life,” she says. The second achievement she notes is being selected as a Milead Fellow by the Moremi Initiative for Women’s Leadership in Africa. “Representing South Africa, I was part of 25 young women across the globe who demonstrated promising leadership and commitment in shaping Africa’s future. We also received training in Ghana, where we were exposed to a myriad of issues that African women face. This made me more focused in terms of the role I can play on the continent.”

Motha was nominated by The Media Online as one of the young South Africans under the age of 30 making strides in the media industry for 2010. She also won the Caxton Excellence Award for Best Food Feature (2011) while working for Food & Home Entertaining magazine. — Simphiwe Rens