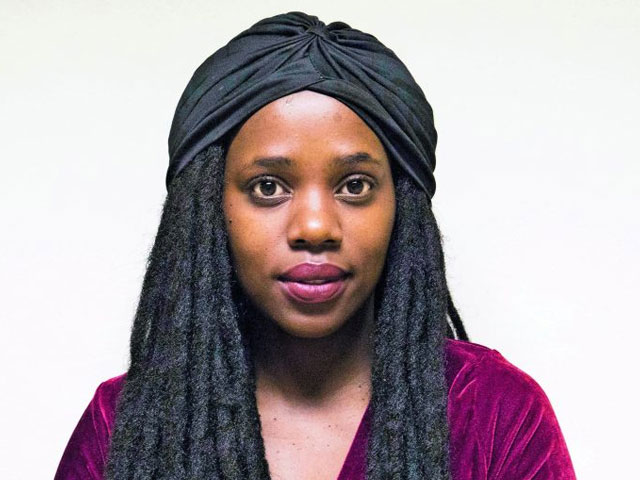 If people can’t afford to go to the theatre, you must take the theatre to them.

That’s the idea that drove Keamogetswe Moeketsane to run a community theatre initiative that was so successful she was invited to England to help launch a similar programme there.

At the moment, though, her job is to produce shows that will grow audiences for the South African State Theatre, Africa’s biggest theatre. Moeketsane was recently appointed as the theatre’s first ever female producer, responsible for the financial and managerial functions of the productions and the venue, and for hiring writers, directors, designers, composers, choreographer and sometimes the performers too.

Her triumph in taking theatre to the people came in 2015 when she produced the Home Theatre Festival for the State Theatre. “My biggest dream is to tell authentic African stories, and nothing brings me greater joy than creating access to the arts to previously disadvantaged communities,” she says. “We visited 30 homes in 30 townships and suburbs in Tshwane, with 30 actors and 30 filmmakers. The initiative was so successful that I was invited to the Theatre Royal East in Stratford to work as part of their Home Theatre team.”

Moeketsane studied film at Tshwane University of Technology and her first professional acting role was in Romeo & Juliet in 2008. She’s appeared in several TV shows and has written and performed in industrial theatre campaigns for a variety of companies.

Her directing debut was Sorry Wrong Number for the National Arts Festival, and she co-wrote and directed Forgiveness in 2014, a play adapted from a Greek tragedy.

She also runs her own non-profit company, CUT Solutions, to use theatre as a tool for empowerment. She takes educational plays to schools to spark discussions and hopefully find solutions to issues such as HIV, teenage pregnancy and sugar daddies (“blessers”). CUT Solutions has produced shows for clients including the City of Tshwane and the South African Responsible Gambling Board.

In 2017 she and some partners opened Tshwane Playhouse, an arts centre in Mamelodi to host music, dance, theatre and spoken word performances. “It attracted a lot of young people and kept children off the streets, but due to lack of funds it was unsustainable. But I believe with a concerted effort we will succeed, and I still conduct drama workshops in Mamelodi.” — Lesley Stones