Eastern Cape Yours To Explore 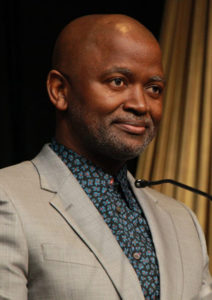 A MESSAGE FROM OUR CEO Vuyani Dayimani

ECPTA is honoured to congratulate the Mail & Guardian’s 200 Young South Africans for their indelible mark in society. We take our hats off to the young movers and shakers who influence innovation and change to better South Africa within their respective spaces. Through your ability to excel in your chosen path, you give us hope that South Africa’s future is in capable hands.

Through your success as showcased in the Mail & Guardian’s 200 Young South Africans, we witness the immense potential of this country. We are inspired and filled with hope when we see young people taking opportunities and defying any odds stacked up against them to succeed. These young people who have shown tenacity and an ability to make positive contributions to society illustrate the strength of human capital of our country. When an opportunity to support these extraordinary people came in the form of acknowledging the dynamic and remarkable strides of young individuals, ECPTA was more than humbled.

As an agency that promotes tourism, one of the core offerings we at ECPTA boast about when showcasing the authentic experiences of the province and the country is people. Our strength as the tourism sector lies in people of diverse cultures. We pride ourselves in the dynamic, warm and friendly people that make up this beautiful country as a competitive advantage that helps the wheels of the tourism sector turn. 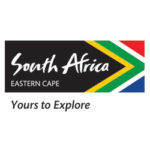 We are proud to be associated with the Mail & Guardian’s 200 Young South Africans, in line with the work that we do. ECPTA backs numerous initiatives to assist young people to reach their full potential through initiatives like SMME development, training/mentorship on tourism business related programmes and upskilling of young people that are needed now more than ever. ECPTA hopes that the myriad of influential people chosen this year will consider the massive potential of the tourism sector to create viable businesses that assist the tourism sector recovery and thereby contribute meaningfully to the economy and livelihoods of the EC.

Tourism is one of the fastest-growing sectors in South Africa and, according to SA Tourism, generates one in five jobs in the country. In addition to being a high job-creating force, the tourism sector offers opportunities for
entrepreneurship and innovation.

We look forward with optimism to see the tourism sector bounce back from the current lull and when that happens, we encourage you to visit Eastern Cape, to witness natural beauty, adventure and rich history of its people.

The Eastern Cape is home to the Big 7 which comprise the rhino, leopard, lion, buffalo, elephant, southern right whale and great white shark. You will be spoilt for choice in one of our four National Parks: Mount Camdeboo,
Zebra National Park, Garden Route National Park and Addo Elephant National Park. The Eastern Cape is also home to various world-class private nature reserves with some offering a unique beach and bush experiences.
These are but a few of the attractions in the home of legends.

As we look forward to your visit, once again we extend our congratulations to all the chosen 200 influencers of this year. South Africa needs leadership with foresight and wisdom, and you are the chosen. Soar and Conquer.

So Many Reason To

The Eastern Cape uniquely caters to the whims of: sun worshippers looking to bask in the regular sun, adventure seekers looking for a thrill, nature lovers looking to discover numerous wild life, bird life and plant species, as well solace for those looking to shut out the hassles of everyday life. Everyone is able to find something that suits their need here, from rugged beauty, pristine coastline, premier South African surfing, virgin bush and sub-tropical forests that exist as though untouched by time, this province is truly every explorer’s dream.

Why you should visit

Rich heritage and culture – The Eastern Cape offers a unique cultural and heritage experience and home to authentic Xhosa culture.

The Eastern Cape is positioned as the Adventure Province and offers a wide range of adventure activities. These range from mild to wild and the province is also home to the highest commercial bungee jump in the world, the Bloukrans Bridge. The bridge is Africa’s biggest bridge and stands proudly 216m above the Bloukrans River.

The Eastern Cape has over 800km of pristine coastline and is home to numerous Blue Flag beaches. The province is popular with international surfers and watersport enthusiasts and offers some of the best surfing spots in the world.

The Eastern Cape is home to the Big 7 which comprise the rhino, leopard, lion, buffalo, elephant, southern right whale and great white shark.

The Eastern Cape is the birth and the burial place of Nobel prize-winner and father of the nation, Nelson Mandela, and boasts the world class Mandela Museum in Mthatha.

The Eastern Cape is home to the Baviaanskloof Nature Reserve. The nature reserve has been declared a World Heritage Site by UNESCO. The Baviaanskloof is just under 200km in length and is bounded by two mountain ranges.