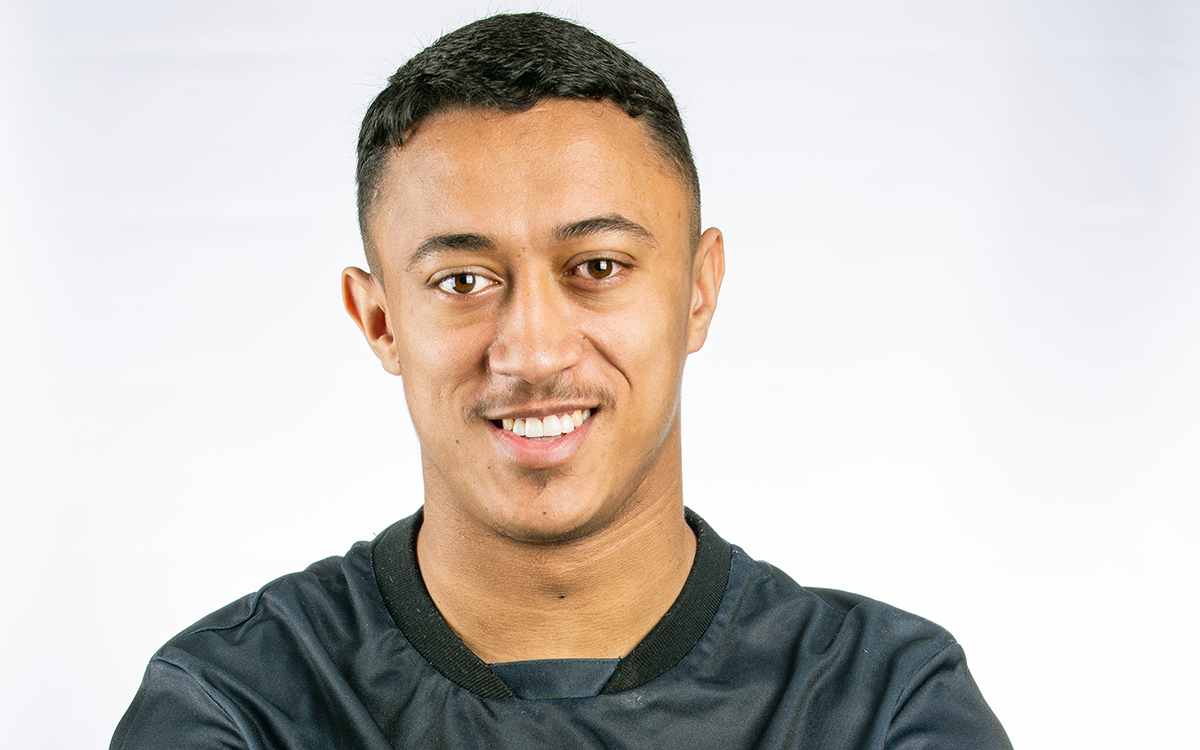 Competitive gamer Julio Bianchi has quickly made a name for himself in the world of e-sports as one of South Africa’s top FIFA players. He is currently ranked number two in South Africa on the Global FIFA21 leaderboard, and serves as the captain of the FIFA squad for one of the country’s top e-sports teams, Goliath Gaming. Bianchi is completing his accounting degree, and challenging the world’s best FIFA players and beating them. In 2018 he beat two-time world champion August Agge Rosenmeier from Denmark, and earlier this year he defeated another world champion when he beat Saudi Arabia’s Mosaad Al-Dossary. Although Bianchi is proud of these achievements, his real drive comes from wanting to elevate professional gaming in the eyes of South Africans and the global e-sports community. He wants to see South African players and teams awarded more qualification opportunities to prove themselves on the world stage.

Failures are not there as a standard of what you can and cannot achieve but rather as a learning curve and an opportunity to improve and build on yourself. 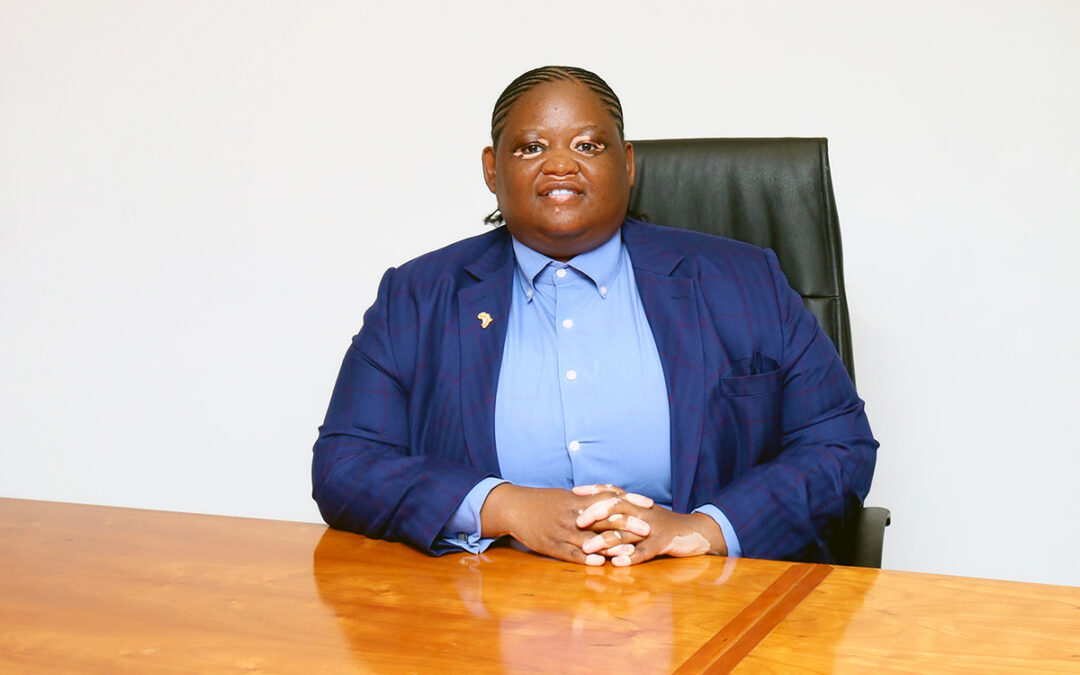 While for many, a simple tally of the post-Olympics medals table is sufficient measure of a country’s sporting health, for Lwandile Simelane, first vice-president of the South African Sports Confederation and Olympic Committee, success must also be measured elsewhere. She says: “I want sports to be a massive contributor to the economy of the country, for sport to also be an employer, and I hope that young athletes can have true commercial potential as sports athletes, leaders or administrators.” As the youngest person and first black woman to hold her position, Simelane feels extra motivation to reach these goals. Her advice for younger people, particularly those breaking into uncomfortable new environments: “Do not ever make yourself small. Go for what you want because the worst that can happen is you don’t succeed, but it is very painful to have the regret of not trying.” 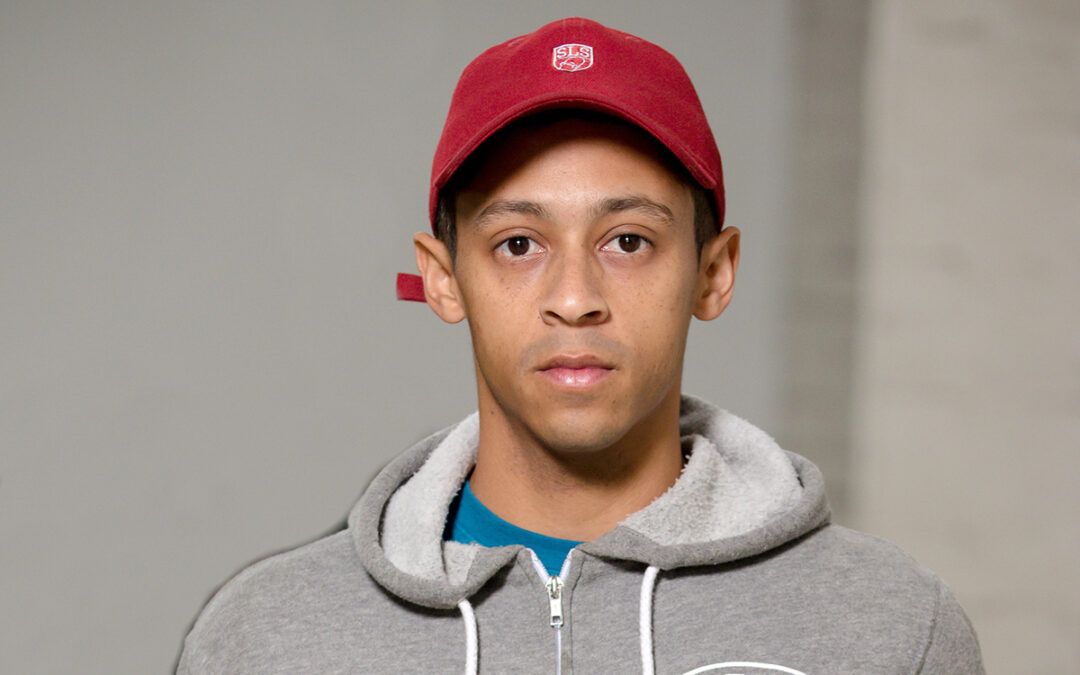 Skateboarder Jean-Marc Johannes has won gold, silver and bronze medals in international competitions, and has set seven Guinness World Records for various skateboard stunts. He’s grown from an asthmatic kid in the Cape Flats to a world champion who’s competed in the US, Indonesia, China and Europe. His future ambitions include adding Olympic medals to his accolades. “My proudest moment was winning South Africa’s first gold international medal in the history of my sport, in 2016,” he says, which came in the Skateboarding World Series in Asia. In 2017, he won a silver medal in the same contest, and a bronze in the Pro Jam in Indonesia. There have been knocks along the way, but the ethos of falling over and getting back up again now runs throughout his life. He says it’s proof that if you firmly believe in yourself and just take one small but significant step each day, you can achieve your dreams.

Push your fears aside. Dreams don’t work unless you do. The road to success is always under construction. 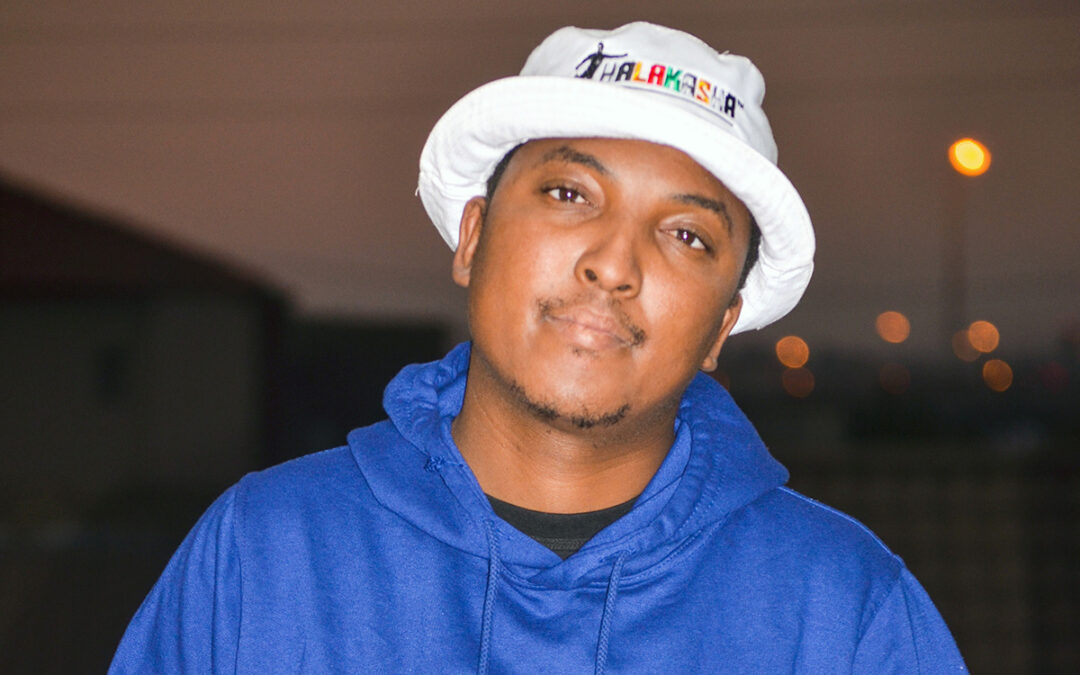 Lungelo Dubazane counts being the first university graduate in his family as his proudest moment. While he mentions feeling disappointed when he initially failed in his studies, he persevered, cultivating discipline and this eventually led to a completed bachelor’s degree in education from the University of Johannesburg. The Soweto native is currently working towards an honours degree in educational management through Unisa, and hopes to make an impact through sports education as both an educator and coach.Working behind the scenes to nurture talent, he wants to help the youth, especially those in rural areas, to get the exposure required to ascend to the global stage. Dubazane is also a sports blogger and podcaster currently working to launch Halakasha.co.za.

Keep working on what you love even when it seems it is not paying off – one day it will. 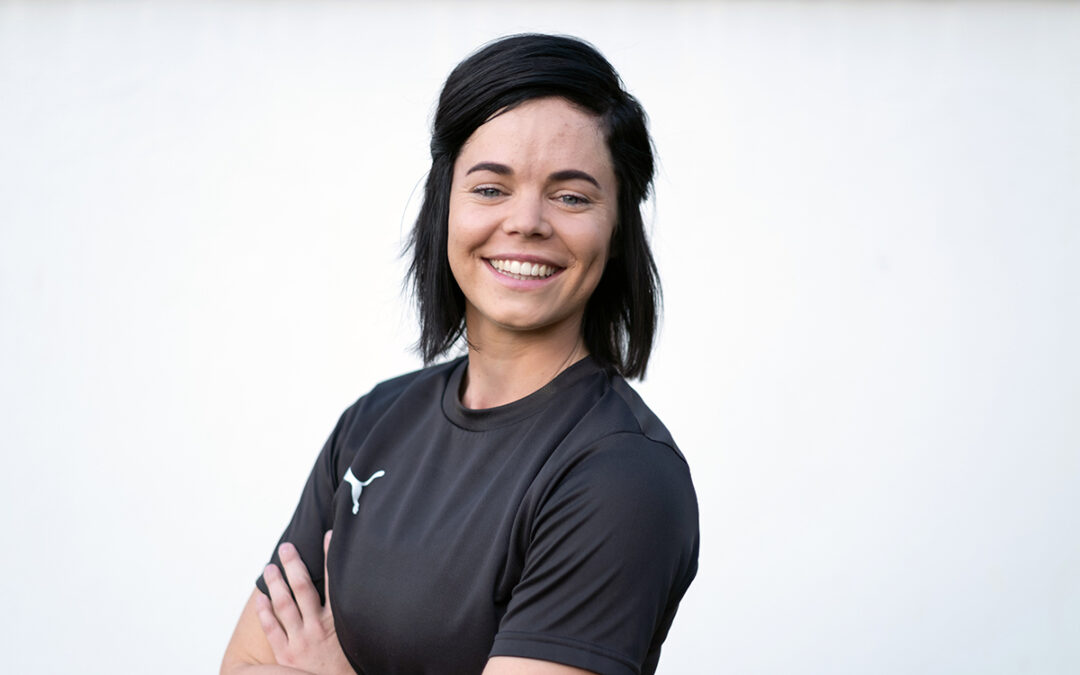 Last year Jolandi Jacobs began Running Raspberries, a women’s running community. It connects women in their communities and encourages them to run together. “No woman in South Africa should run alone in the streets,” she says. “Running Raspberries has more than 20 communities throughout South Africa where women meet for runs.” As well as being an organiser, Jacobs works as a sports physiotherapist at a rehabilitation centre she established, Sports Bodies. She is also an associate lecturer and researcher at the University of the Witwatersrand — she completed her master’s there in 2020. “After the craziest year of my life establishing two businesses, I received my degree with distinction,” Jacobs says. She wants to empower women in sport. “My area of expertise is women’s cricket, and I am working with professor Benita Olivier to establish a new cricket research unit at Wits,” she says.

My advice is simple: don’t rush the decision-making process of your next step. 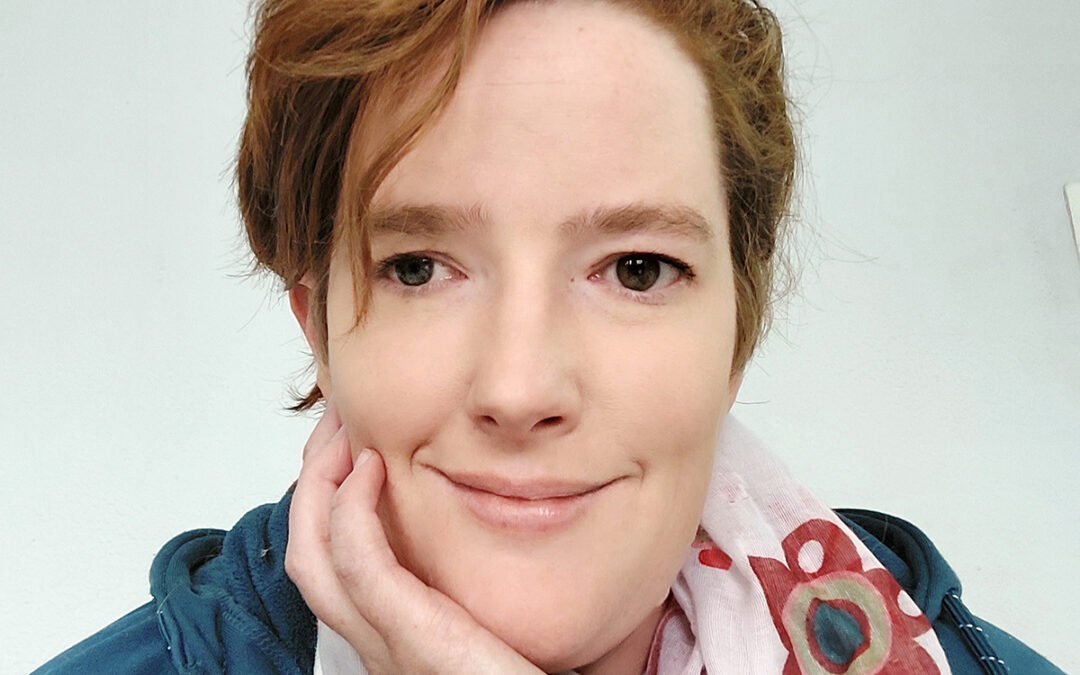 After retiring from wheelchair basketball and rugby, Kat Swanepoel took up occupational therapy, specialising in wheelchair seating and positioning. She assists clients of all ages and disabilities, and her work takes her from special needs schools to rehabilitation centres and clients’ homes. She strives to ensure that the people she works with can participate fully in all aspects of life through the provision and set-up of the most appropriate assistive mobility devices: wheelchairs, positioning devices, walkers and more. A wheelchair user herself, Kat says she recently picked up para swimming, something she is surprised to be excelling at years after retiring from her previous sporting endeavours. She hopes to build a more inclusive future where people with all levels of abilities are not only welcomed but celebrated. “There is always something that can be done to make a difference. While hope exists, so does passion, and therefore action and change.”

You determine your success, so live every day as the best version of yourself. 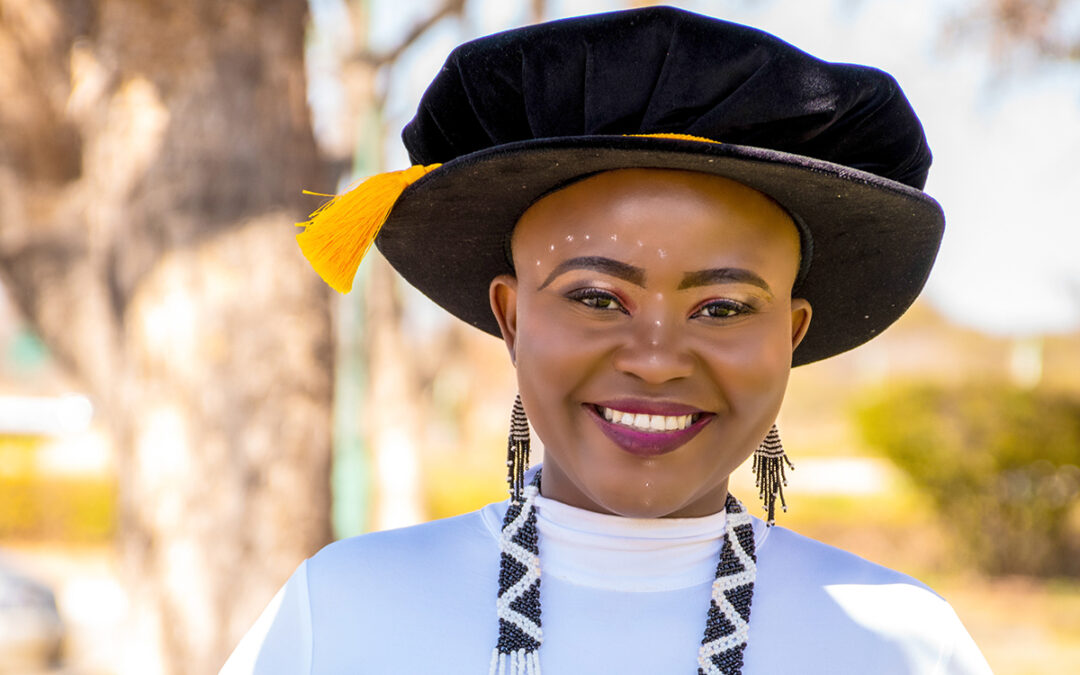 “I’m living my childhood dream of being involved in sports psychology, particularly at this age. I thought it might take longer to become established as it’s a niche field in South Africa,” says Koketjo Tsebe. Since obtaining her PhD in psychology, Tsebe has established herself as an expert in the field of sports psychology. She is a practicing clinical psychologist and works at Unisa as a lecturer, providing leadership and supervision to postgraduate students pursuing a career in sports psychology, with specific focus on family and relationship therapy, psychological assessment and neuropsychology. Tsebe is also the team psychologist for South Africa’s national softball team and serves as a member of the South African Sports Confederation and Olympic Committee High Performance Psychology Working Group. She hopes to raise awareness about the importance of mental health in sports.

You need to understand that your social and economic background don’t determine your future.