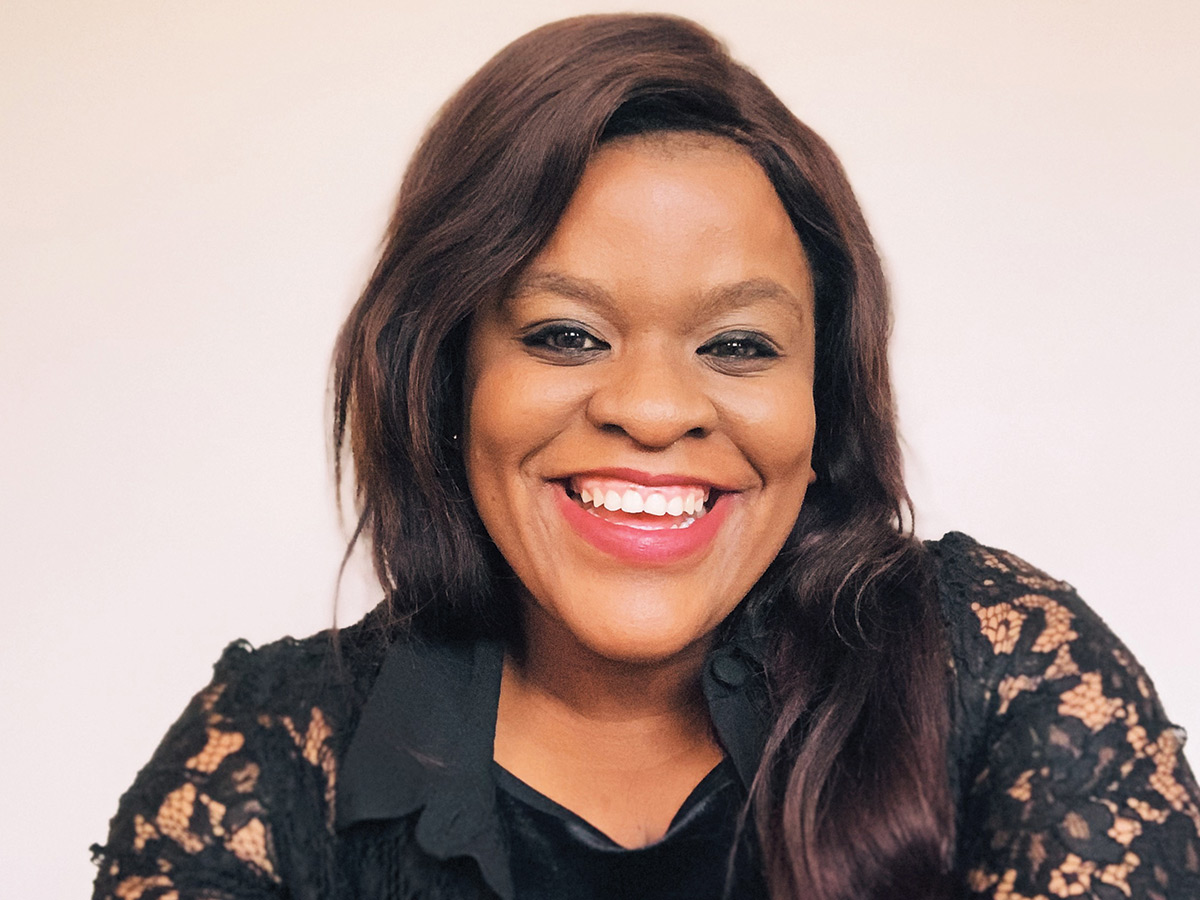 Nondumiso Mbambo is a developmental manager. Through her work at the Apolitical Foundation she works to cultivate the next generation of leaders. Her interest in social justice was piqued during her time in the Texas Legislative Programme, an internship that enabled her to work with a variety of state representatives. During this time, Mbambo also worked alongside the Texas Criminal Justice Coalition when the #BlackLivesMatter movement had just begun.

After completing her articles at the South African office of the international law firm, Baker McKenzie, she went on to work in the commercial realm before changing the direction of her career. In what Mbambo describes as her “proudest moment”, she became the first South African hire of the Apolitical Foundation, where she has focused on creating a programme for promising individuals who have an interest in politics and social justice.

Mbambo’s priority in her work is transformation and social justice. Her aim is to imbue the academy’s cohorts with a sense of ethics and public duty that will enable.

“I have always realised that the work that I do is important, that we need to support young, intelligent, innovative, ethical and transformational public leaders because there is a global political and governance challenge,” she says. “The Covid-19 pandemic has really brought to the forefront the importance of government and leadership.”

Mbambo says her supportive family drives her to excel. 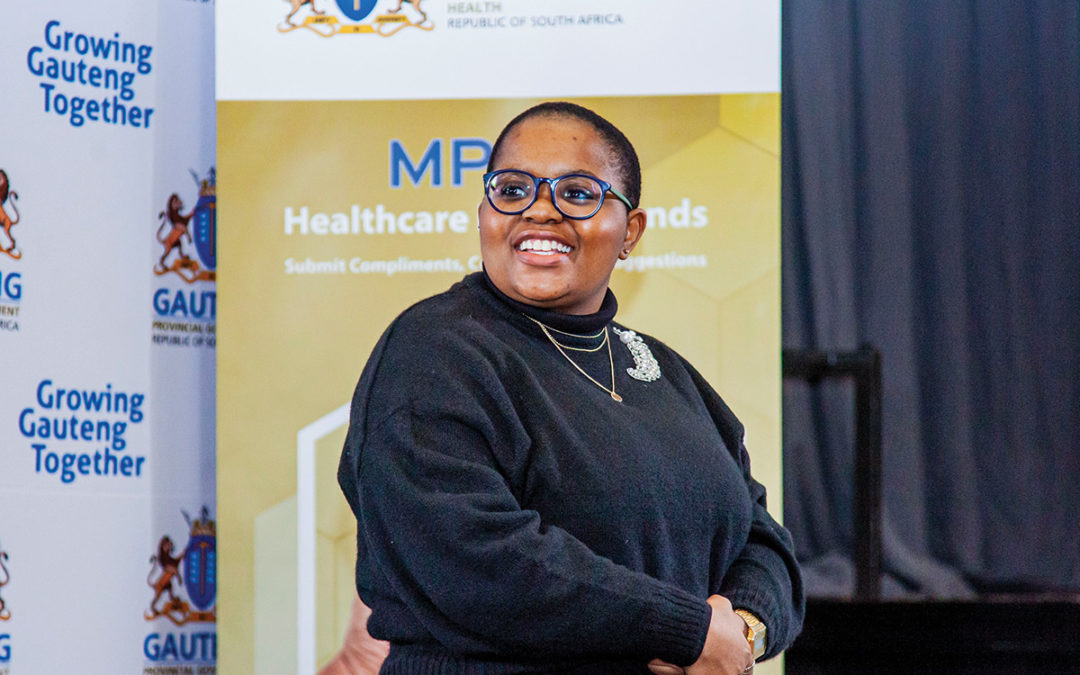 Kwara Kekana doesn’t have an easy job. She currently serves as the spokesperson for the MEC of health in Gauteng. In the midst of the Covid-19 pandemic, her job has been pretty hectic, but she’s very proud to be part of the Gauteng Health team during this time.

“The job has been spectacularly stressful, but it’s an absolute honour to serve the people of Gauteng,” she says.

Kekana might be currently serving on the frontlines of the pandemic, but she has cut her teeth in many different spaces. She was previously the spokesperson for and a board member of BDS South Africa (now Africa for Palestine). She also briefly served as a public programmes director at Constitutional Hill.

Kekana says it surprises her how well she has the ability to fit in and enjoy the different spaces she’s found herself in, whether it’s government, the heritage sector or the nongovernmental organisation space. It’s the advice she gives to herself and others that has been the reason she has managed to achieve so much. Kekana says: “Do not be too hard on yourself when you are unsure about what you want to do, but study when you can, as much as you can and as soon as you can.”

Working with a highly motivated group of people, and working towards a common objective is also something that helps her to excel at her job. And Kekana is most definitely excellent at her job. She also has many aspirations to leave a lasting impact. She says she hopes that through her work, people will feel empowered and motivated to take responsibility for their own healthcare. Ultimately she hopes during her tenure at the Gauteng health department to see universal health coverage through the National Health Insurance realised in South Africa. 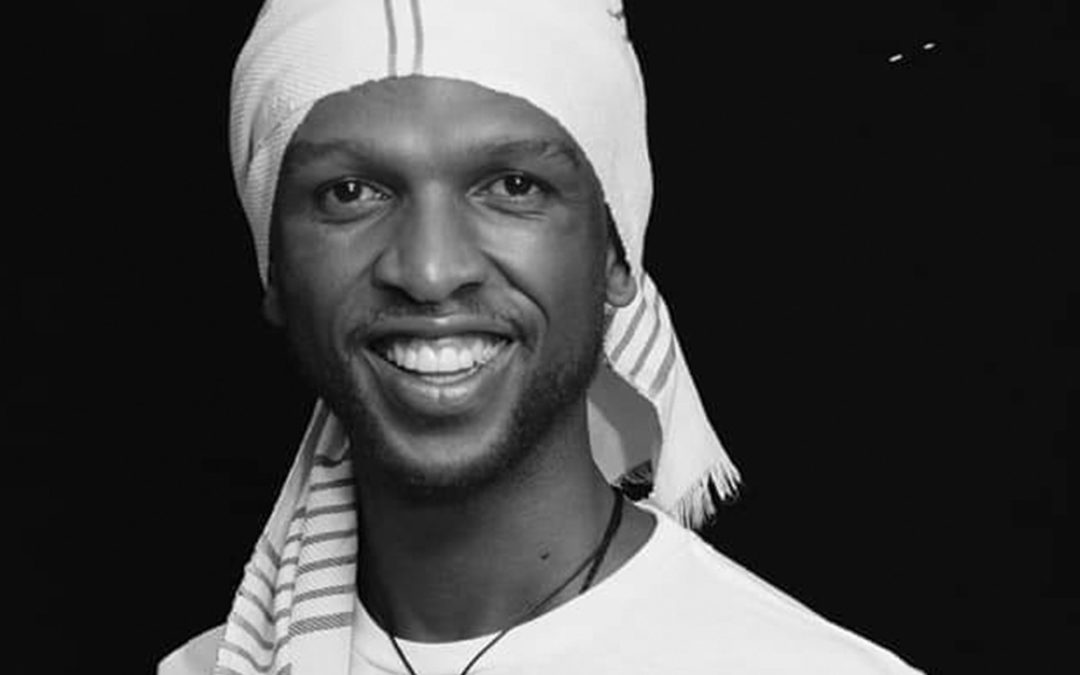 Kholekile Mnisi believes that there is no limit on what dreams can achieve: “There was a time when people from our backgrounds could not dream beyond our confinements, but I managed to break through. Being one of the few young South Africans working in diplomacy and knowing the impact I have had on my family, my community and people of similar backgrounds, cements the foundation for me to say that I am gifted to gift others.”

As digital content officer at the Africa Centre for Disease Control, Mnisi is in a strong position to direct conversations and draw focus to some of the most important issues affecting the continent. He’s worked in marketing and communications, in government and diplomacy, and as a writer and activist. He explains: “I have made strategic career moves, with the sole purpose to impact communities through the passion I have for the work that I do.”

“I knew my destiny was to touch and impact the world and that became true when I sat alongside heads of state, experts, billionaires and politicians to fight for youth inclusion and visibility, and voice out why diversity is imperative to achieving a just and fair socioeconomic landscape for all.” 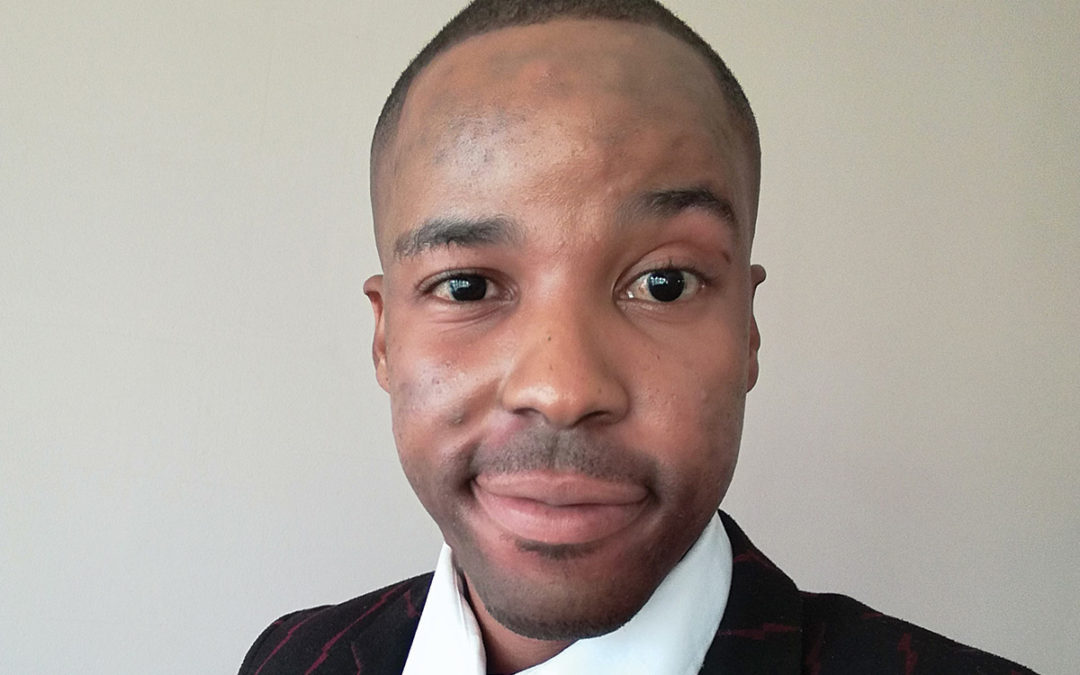 Thato Mabe is ambitious, self-assured and driven, three very valuable attributes for a young politician. “My biggest mistake was in not believing that a young person, from Parys in the Free State, has the power to change the world in which he lives. As a young queer man, I can empower other LGBTQI leaders to fight for their rights and take up leadership positions in politics so that our agenda is heard in all spheres of government.”

He’s proving that any insecurities he had were misplaced, and was chosen in recent years to be a Parliamentary Monitoring Fellow in Research and Policy through the Triangle Project and LGBTQ Victory Fund, and as one of three South Africans to be an African Union Youth Leader at the 2019 Breaking Down Borders Africa Youth Summit.

As a politician, an activist, an organiser and a writer, Mabe has his hands full, but is urged on by a greater goal: “My drive is the possibility of equality in South Africa and Africa at large. To fight to end poverty, gender-based violence, racism, homophobia and transphobia. To see a South Africa that is inclusive and diverse in the fight for economic freedom.

“My goal is to be a minister of justice in the near future. In one of my fellowships I got to spend time at the department of justice and with the deputy minister. That opened my eyes to the potential that office has to change the lives of the poor and marginalised communities in our country.”

His advice for young South Africans looking to find their way is: “Don’t be scared to speak your mind, because your words have incredible power that can change lives. Your superpower is in the words you speak, and in the lives you empower by just your speech.” 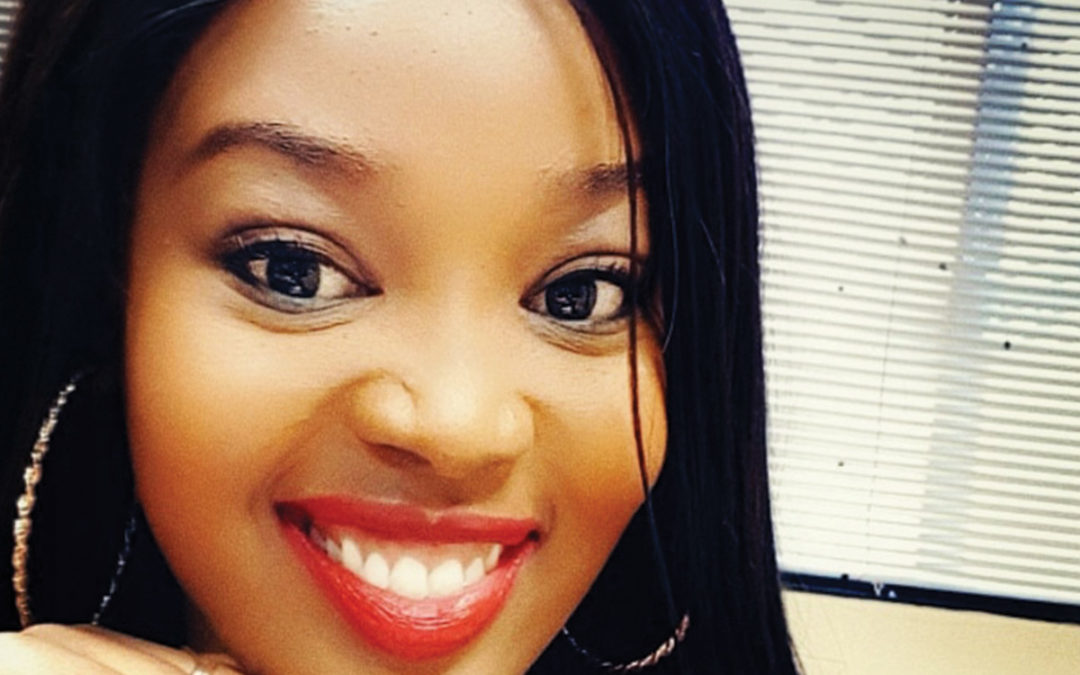 If you also had to take a few moments to absorb the poignancy of these words, and then realised they were uttered by a 23-year-old, you’re not alone. Karabo Khakhau’s career and outlook on life are testament to the fact that wisdom and self awareness don’t necessarily come with age: in 2019, she signed an oath of public office, and was the youngest person in South Africa to sit in a provincial legislature.

“Knowing that the sweat, tears and blood shed by my ancestors were not and could not have been for nothing, drives me to excel. They were construction tools for a space that is open and big enough for me to just simply ‘be’. So, waking up in the morning is a reminder that the baton has been passed over to me to expand the space for other young, black women.”

Gratitude, hard work and an ability to learn from mistakes all inform Khakhau’s world view. That comes through whether she’s discussing the importance of punctuality — “People will rarely judge you based on the explanation you provide for your action. People will, mostly, judge you based on how you present yourself the first time”; or her views on success: “Effort, alone, does not amount to success. Perseverance and an absolute desire for improvement equals success.” 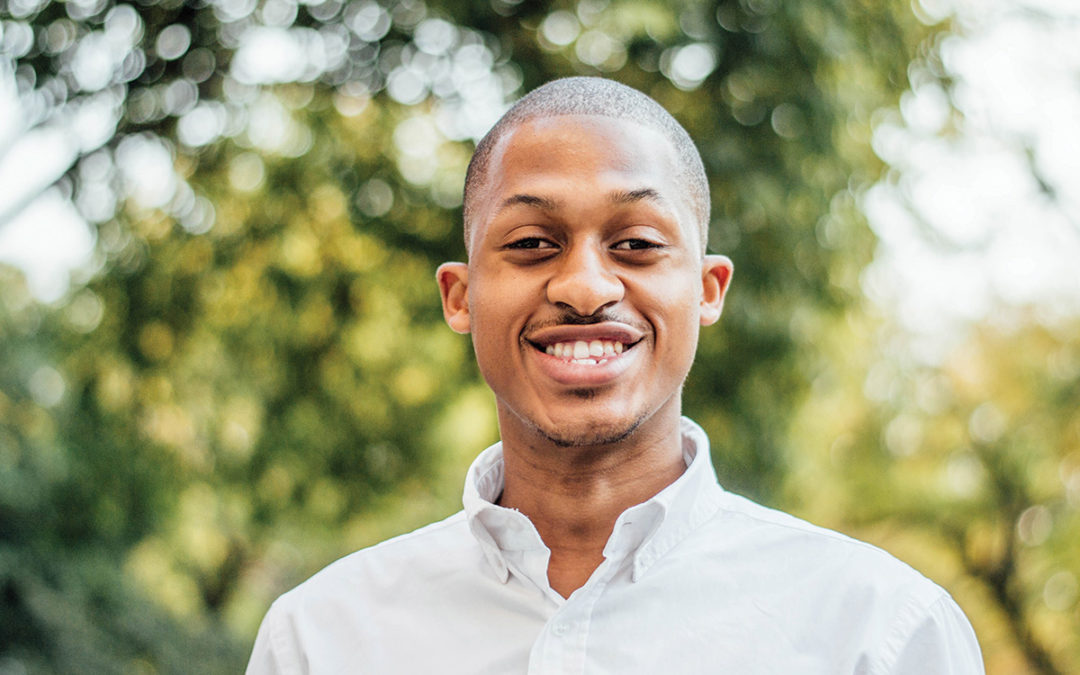 As time passes it becomes more and more apparent that a career in politics needs to start when you’re young, and be driven by a passion for helping people. It’s an apt description of the journey David Kabwa finds himself on; he’s the first ever African prime minister of the Commonwealth Youth Parliament and the SRC president at University of Pretoria. At just 23 he has more accolades and accomplishments than many seasoned campaigners.

Kabwa won the seat of SRC president against all odds, with a campaign budget of just R500 and many claiming he could never win running as an independent candidate. He was not only reelected, but won by a significant margin, illustrating the service he offered in the first term. “I’ve held more portfolios than I can count, each time I was reminded of the weight carried by each decision, as it affects the people who placed me where I am,” he explains. Kabwa hopes to inspire those after him, mentoring students and regularly organising for them to accompany him to observe meetings conducted by the Portfolio Finance Committee at the Gauteng Provincial Legislature.

The immense pride he felt when an international cohort of young leaders put their faith in him to lead the Commonwealth Youth Parliament assured him that South Africans have more to give than we think. In Kabwa’s words:

“We often do not give ourselves the credit that we deserve. I was surprised to be the first (prime minister) and I will do everything in my power to ensure that I am not the last.”

He emphasises the importance of letting your ambition be unlimited, to learn from and not imitate your mentor, to align your academics with your passion and to give your best, regardless of what that is, on any given day.