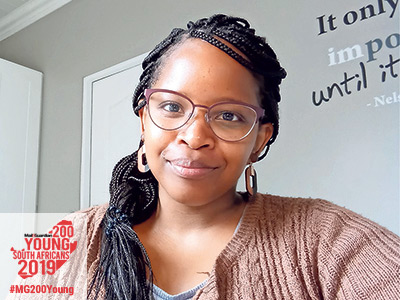 ‘I will know that my work has had an impact when people with disabilities can confidently say that they can do the things that are important to them,” explains 27-year-old doctoral candidate Qhayiya Mudau (née Magapa) of her professional purpose.

She is dedicating her efforts to ensuring that no-one is left behind when it comes to accessing quality health rehabilitation services. Throughout her undergraduate studies at the University of Cape Town, Mudau was actively involved in improving access to health rehabilitation services in rural areas in South Africa – she herself grew up in Stutterheim in the Eastern Cape before training as a physiotherapist in Cape Town.

Having developed her passion for the promotion of inclusive healthcare, she completed her community service year at Zithulele Hospital, near Mqanduli in the Eastern Cape. In developing a rapport while working with her patients and discovering her empathy for them, Mudau came to realise that health policies and systems needed work if they were to successfully facilitate access to health rehabilitation services in the Eastern Cape.

“It is my conviction that services such as physiotherapy are part of the broader solution of facilitating the inclusion of people with disabilities in all aspects of society, so that at the end of the day they too can say, ‘we have both the opportunity and choice to be and do that which matters to us’,” she explains.

Having set her sights on gaining better insight into just how accessible healthcare might be provided to all, she became the first physiotherapist to be awarded a Rhodes scholarship, which took her to Oxford University to pursue an MSc in international health and tropical medicine. It was during her time in Oxford that she was recognised as one of top ten Black students in the United Kindgom at a ceremony that took place at the Houses of Parliament in London.

Mudau is now in her second year of DPhil studies at Oxford, where her research focuses on the availability and accessibility of health rehabilitation services for adults with disabilities in the Eastern Cape. – Cayleigh Bright 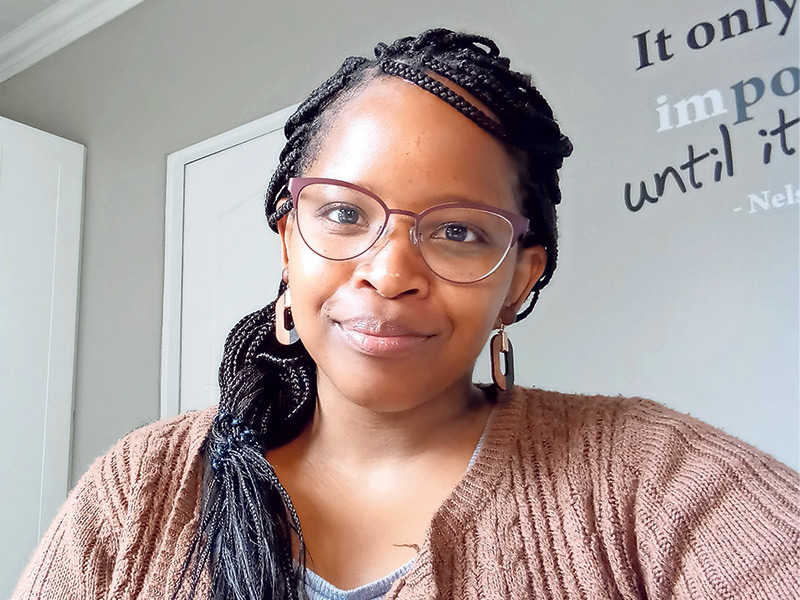