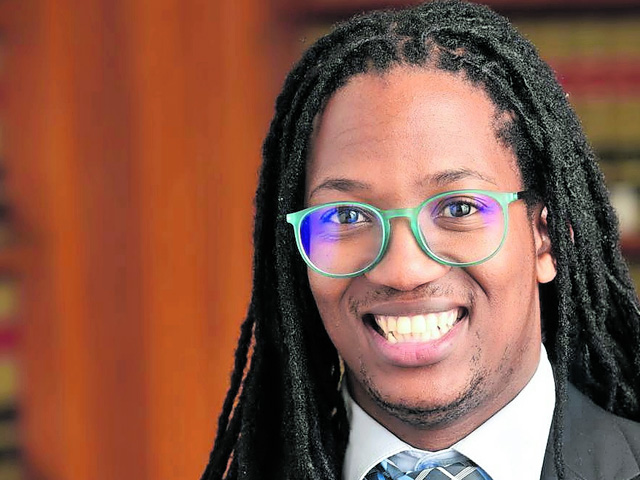 Letlhogonolo Mokgoroane just completed his master’s in law from the University of California, Los Angeles (UCLA). He earned his LLB from Stellenbosch University in 2013, serving as a tutor and an on-campus residence academic mentor.

He made it to Stellenbosch through the “recruitment camp” programme, which was an initiative by the Centre for Prospective Students that chose top Black students around the country and recruited them to study at Stellenbosch. When he started at Stellenbosch he, along with other students in the programme, felt out of place. They all came together and through many conversations about their experiences, they drafted a document that would be the template for the First Generation camp. Today the First Generation camp continues to play a role in ensuring that first-generation university students are equipped with the necessary skills to survive and succeed at university.

Since then, Mokgoroane has completed his articles and was appointed as an associate at Bowmans in Johannesburg. He went on to clerk for Justice Mbuyiseli Madlanga at the Constitutional Court before pursuing his studies at UCLA.
He will be working at Sonke Gender Justice from June 2018, where he will use his knowledge and experience with queer theory, Black feminist theory and critical race theory to challenge a system that continues to plague the marginalised bodies of queer people and Black womxn.

As an avid reader, Mokgoroane would read books and spend hours talking about them with his friend Dr Alma. They would go to book launches and bombard the authors with questions and in April 2017 they started The Cheeky Natives, a literary podcast that reviews arts and literature of black authors and creative people, which he says has been well received. “It has changed my worldview to become even more unapologetic and intentional in celebrating Black art and Black people,” he says. Mokgoroane loves theatre, hiking, jazz, art and for him, twerking “is an act of revolution and self-care”. — Welcome Lishivha