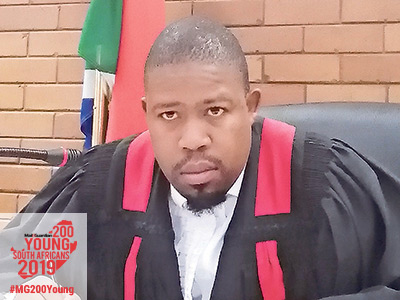 District court magistrate Mothusi Maje presides over the courts of both Kuruman and Mothibistad in the John Taolo Gaetsewe district in Kuruman.

He’s also involved in a youth development programme in the community, motivating and mentoring the youth and encouraging them to rise to their full potential. He hopes that if youngsters can be guided towards reaching their dreams through education, ambition and good citizenship, he won’t come face-to-face with them later in his court room.

“We have a non-profit organisation in Taung called Taung Career Development, and our debut career exhibition was held in 2018,” he says. “The aim of the organisation is to develop young people from our community by discussing career opportunities with them and making information available about the careers that they may wish to follow. We also source information on which universities or tertiary institutions may be offering certain careers,” Maje says.

“I was honoured to be recruited as a member of the organising committee for our inaugural career exhibition, where I addressed them about the careers available in law and what they need to become law practitioners.”

Maje grew up in the village of Veertien in  North West province, and while he was still at school he worked as a volunteer for Vaaltar FM Community Radio Station. He worked with them from 2001 until 2005, when he matriculated and set off for university.

He enrolled at North-West University’s Mafikeng Campus, where he studied for an LLB, graduating in 2011. “While at university I volunteered at the Community Law Centre as a student legal assistant,” he says. “We held community workshops and shared our legal knowledge with the people who lived in Mahikeng and Ngaka Modiri Molema districts.”

Maje also served as a commission scribe when the North West youth commission held its Moral Regeneration Summit in 2008, where he also presented the resolutions of the commission.

From there he joined Legal Aid South Africa in 2011, specialising in civil and criminal litigations, including maintenance cases and family court matters. In February 2012 he joined the National Prosecuting Authority and was appointed as a prosecutor, based in the town of Springbok in the Northern Cape. He was appointed as a magistrate last year, at the age of 29. — Lesley Stones 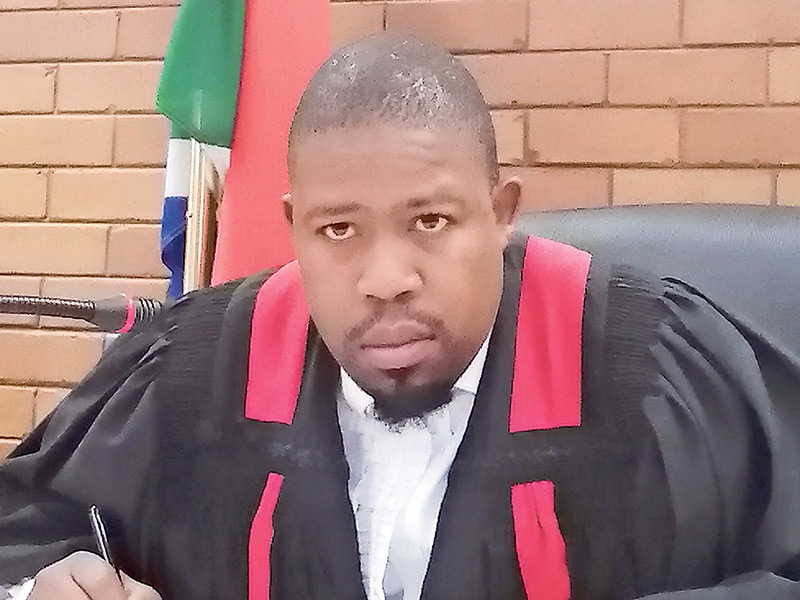