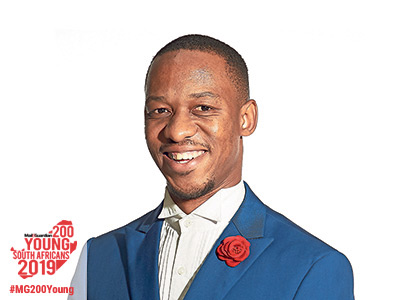 Thirty-two-year-old solar energy guru Bryan Majola fell in love with the concept in 2013 when he was working as a junior project manager in rural Northern Cape, installing solar panels in homes without electricity.

The moment he truly understood the value of his work, came in 2013: He had just connected a solar home kit, and “the homeowner, a mother of four, pulled the switch for the first time and she cried tears of joy. She had thought that she would never have electricity in her house. Solar energy changed that. It was at that moment that I knew I want to put that type of joy in people for the rest of my life. That’s how I got to where I am today.”

His energy experience ranges from energy efficiency, smart grid, renewable energy and building envelope technology to power quality of a distributed generation, and he was part of the team that won the African Utility Africa Community project of the year in 2015. That project has grown to employ more than 48 young people, and led him to become a founding member of the Africa-German Sustainable Entrepreneurship Network, which works to strengthen relationships between African and German entrepreneurs in the green industry. “My core motivation is the desire to achieve greater levels of self-improvement and sustainability in resource use,” he says, explaining how he’s taking his skills to a greater global audience by mentoring German startups and accepting an invitation to be one of 100 African entrepreneurs to participate in the World Youth Forum in Egypt, last December.

Majola is happily anticipating the future with smart grid development. Currently, he explains, energy flows in one direction, from distributors such as municipalities or Eskom directly to homes and businesses. Solar power allows energy users such as households and companies to feed back into the system and the grid will have to sustain this using intelligence sensors.

The signing of 27 agreements with Independent Power Producers in April 2018 was hailed as game changer for South Africa’s energy industry but Majola is cautious about the opportunities these have provided.

He says one of the biggest problems in the energy sector right now is the majority of local government institutions only employ civil engineers, not electrical engineers which leaves them unable to innovate. — Cayleigh Bright & Tehillah Niselow 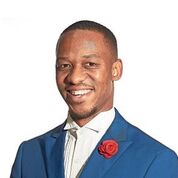