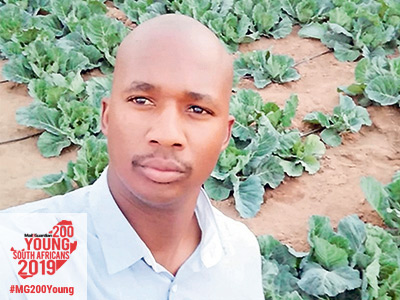 “
Being able to be the producer and supplier to big markets and contributing to job opportunities and food security would be my greatest achievement thus far.

Raymond Monyela is a self-motivated and self-taught farmer working towards creating food security. His farming initiative, Monyela and Sons, began as a vegetable patch in his backyard and through his persistent improvements has since expanded gradually to become a six hectare enterprise, despite him having no formal agricultural training.

Job creation is a key objective for Monyela, who, along with his wife Lerato, is able to provide for his three children and younger sister through the agricultural endeavours of his farming initiative – which, as the name suggests, might one day be taken over by the younger generation.

Speaking of his upbringing, Monyela recalls that vegetables and fresh produce were a vital part of his life and livelihood. His mother, a widow, sold tomatoes and onions to feed her family.

“We had to survive from the money she would make as a hawker at the taxi rank,” he says. “Today being able to be the producer and supplier to big markets and contributing to job opportunities and food security would be my greatest achievement thus far.”

Monyela grows a variety of crops, including paprika, cabbage and maize, which he supplies local markets. He also has a poultry operation of roughly 500 laying hens, and employs two permanent staff members and about 20 seasonal workers.

His farm is in the village of Sengatane in Limpopo, about 20km from Mmotong, Polokwane, where he grew up.

It’s clear that he’s come a long way, but his entrepreneurship journey is just beginning: as yet entirely self-funded, the farm continues to grow, diversifying its produce as it expands.

Fulfilling a need that might be considered more vital than employment, Monyela and Sons creates food security by providing affordable produce close to home. Neighbours who previously had to travel to shop for these healthy staple foods are now able to save on transport costs and time.

While his key commitment to his community is as a farmer, Monyela also contributes by serving as a firefighter.  – Cayleigh Bright 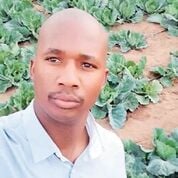