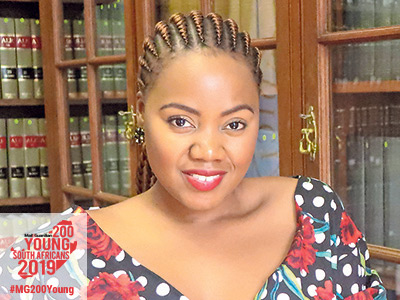 “
Through my work as an academic and a businesswoman I hope to affirm and uplift young people in urban townships around me.

Nondumiso Phenyane is one of the youngest Black lecturers at Stellenbosch University’s law faculty. She teaches the Law of Evidence and Mercantile Law and has the rare privilege of being the course convener for the Law of Evidence course. Prior to joining Stellenbosch University, she was a legal researcher at the Supreme Court of Appeal and worked on high-profile cases such as the Director of Prosecutions, Gauteng vs Oscar Pistorius, and Van Breda vs Media24 Limited. She has a Bachelor of Social Science in International Relations and Organisational Psychology and a Postgraduate LLB from the University of Cape Town.

Phenyane wears two hats — one as an academic and another as a businesswoman. As an academic her goal is to contribute to the transformation of a predominantly white profession, as she believes young Black people would like to see people who look like them in their lecture rooms.

“I also hope to do research on access to justice in urban townships and that my work in this field will lead to the legitimisation of informal community tribunals,” she adds. “I want to finally graduate with my Master of Laws and proceed to a Legum Doctor over the next few years. Over the even longer term I want to publish extensively on the issue of access to justice and eventually obtain a professorship at the University of Stellenbosch.” — Tamsin Oxford 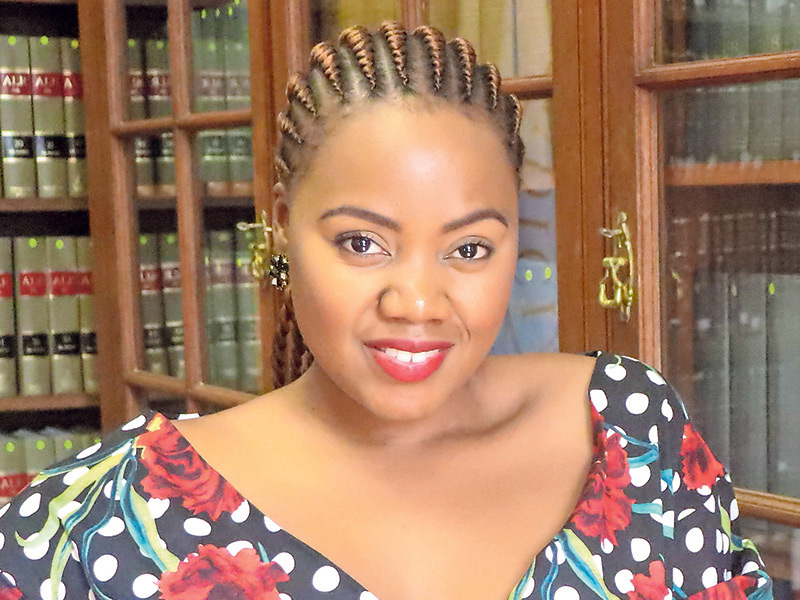