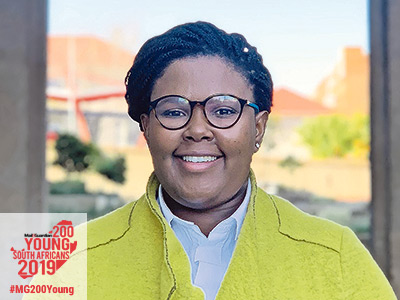 “
I’m persistent and keep showing up, even when my voice is not heard.

Twenty-seven-year-old transport practitioner for South African Cities Network (SACN) Noluthando (Thando) Mthimkulu was aware of the disparity in spatial planning, one of apartheid’s cruel legacies, from early childhood. As she grew to adulthood, she remained determined to address it.

She lived in Soweto but attended primary school in Craighall. Each day she had to wake up at 4am in order to get to school on time. By the time she arrived at school, her classmates who lived in Craighall were only then waking up.

Because the rest of her family also started their days in the dark in order to get to work in other parts of the city, she never questioned this, but even as a little girl, she knew that something was wrong with this situation.

“I remember my uncle coming to fetch me at school one time. We had to stay behind after school for some sports programme. I remember him walking so fast and struggling to catch up with him,” she says.

Mthimkulu’s uncle was rushing because they had to catch a taxi at Bree taxi rank in downtown Johannesburg. He was anxious that they would miss the last taxi home and be stranded in the city for the night.

“This hustling for modes of transport has never seemed fair to me,” she says. “What makes this even sadder is this is a reality faced by the majority of South Africans living in South African cities.”

To try and solve this problem that is one of the inheritances of apartheid, Mthimkulu studied urban and regional planning at the University of the Witwatersrand, completing her honours in 2015.

“Many people in this white male dominated industry are so far removed from the problems that ordinary Black people face with regards to public transport,” she says. “They have all the right intentions, but because they use their own cars to commute, many of their ideas fail.”

It’s not easy to be a Black woman in this field. But, she says: “I’m persistent and keep showing up, even when my voice is not heard. You have to be persistent about speaking about your lived experiences and those of the people close to you.”

Mthimkulu works in the SACN’s building environment integration programme and is currently reading towards her master’s degree in transportation studies at the University of Cape Town. She intends to pursue a PhD and hopes to do further research into the politics of public transport and the transportation needs of South Africans from all walks of life. She believes that people should not lose out on different aspects of life because they have to spend so much time commuting. – Itumeleng Molefe 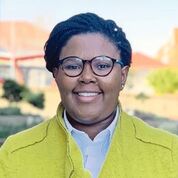