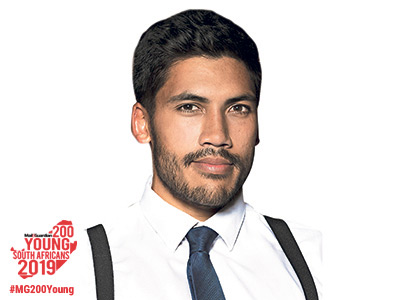 The magic of storytelling, with an entrepreneurial and industry-specific edge is what makes film writer and director David Franciscus tick. He wants to entertain people with inspiring stories that will have a positive impact on the world: “Stories that will inspire us all to reach higher, live consciously and to be kinder to one another.”

“I’ve always been in love with cinema and I’ve always been drawn to stories,” he says. “Coming from a mixed ethnic background, I never felt a sense of belonging as a kid. I eventually found my identity in film and everything I am and everything I’ve accomplished is due to my love for the craft of filmmaking. I’m passionate about telling stories because I believe the ability to record memories, biologically speaking, makes … life worth living.”

Franciscus believes that film is one of the most effective ways to share stories with the world and to inspire positive social change. It enables audiences to see and experience something from another person’s perspective, which is how a filmmaker/storyteller can create empathy and promote kindness.

Stories can be used for the betterment of humanity or to its detriment, and Franciscus  is firmly on the side of good. His commercial work funds unpaid ”passion projects”, which include producing and directing a socially-conscious horror movie, and a sci-fi TV series called Happy to Serve You, a fictional look at conservation and the effects of over-population.

Franciscus can trace his realisation that his love for stories could be turned into a career to his years at university. He studied at the Cape Peninsula University of Technology, where he had the chance to assist the directors of local and international TV commercials.

After graduating in 2011 he studied film and entrepreneurship in the United States for a year, before coming home to launch seven niche technology companies, one of which proved successful enough to represent the seed money he needed to launch Protagonist Studios.

In 2015, Franciscus won a Silver Loerie award and a Cannes Whale Tale award for the first commercial he produced and directed, and last year he won a Gold Loerie for being Brand SA’s Young Creative 2018.

He’s just finished shooting a short comedy film called Open Mike Knight, and also on his agenda is an entrepreneurial reality show, which he is producing in partnership with the SA Innovation Summit, a project he describes as a mash-up of Dragon’s Den, The Apprentice and Survivor. – Lesley Stones