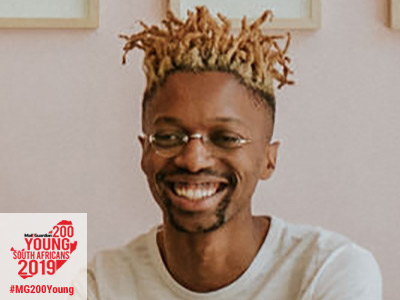 Artist / Curator and Director of BKhz

Visual artist, curator and gallery director Banele Khoza remembers being always decisive and certain of his purpose. At the tender age of four, he embarked on his creative journey, recording what he saw and felt with pencil and paper. Writing and drawing gave him an immense joy and he has never stopped creating.

The Swaziland-born, South Africa-based artist first enrolled into fashion school, before pursuing his passion in fine arts. Khoza works with digital mediums, as well as acrylics, gouache and space.

Khoza’s debut solo exhibition Temporary Feelings was hosted by the Pretoria Art Museum three years ago, when he was just 22. It was very warmly received by critics and followed by several other solo shows, such as Lonely Nights at Lizamore Gallery, Rosebank, Johannesburg in 2017; and LOVE? at Cape Town’s Smith Studio; LGBTIQ+: Banele Khoza as part of the Curatorial Lab at Zeitz MOCAA in Cape Town and To The Unknown at LKB/G in Germany, all of which were hosted in 2018.

Khoza also dabbles in interior design. As part of a duo for the Win-A-Home competition in 2017 broadcasted on SABC 3, Khoza and his partner, Tshepo Sealetsa went head-to-head with two other teams to design a home. They won three challenges and were voted the viewer’s choice best team.

In 2017, Khoza won the coveted Gerard Sekoto Award, which is a part of the Absa L’Atelier award. This is a prize that comes with a three-month residency at the Cité Internationale des Arts in Paris. Later this year, thanks to the platform offered by the Gerard Sekoto award, Khoza’s body of work collectively entitled Seeking Love gets to travel nationally. Also in 2017, Khoza was also an overall winner for the SA Taxi Foundation Art Award.

When he returned from Paris in 2018, Khoza opened a multipurpose open studio and gallery BKhz in Braamfontein, Johannesburg. BKhz does not just house Khoza’s and other artists’ work, it is a space where people can meet to talk about art and watch artists at work. With BKhz, Khoza realised his gift of hosting and housing people. He says: “There is nothing more fulfilling than touching and heightening the experience of an individual in all senses.”

In 2018 he curated A Letter to my 22 Year Old Self: a group exhibition to launch his fundraising activities through BKhz Foundation, which aims to award grants to deserving art students dealing with economic hardship in South African universities.

Khoza counts Oprah Winfrey as an inspiration. “She has raised millions and generations of people, emphasising the knowledge that we should embrace and be our authentic selves.”

With energy and persistence, Khoza says the youth can follow his example. — Shaazia Ebrahim 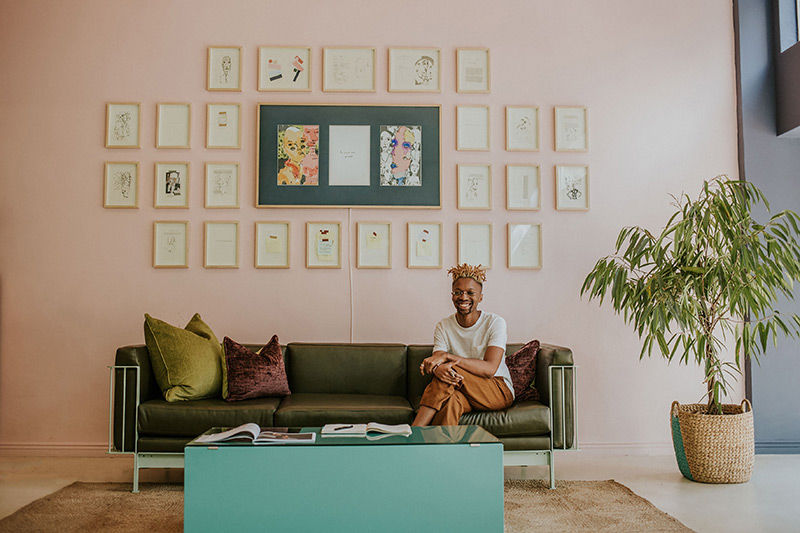