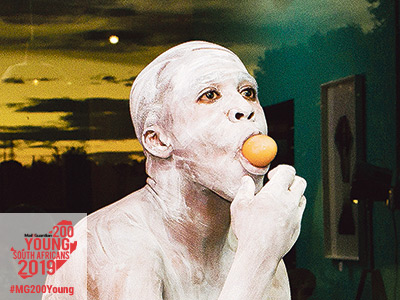 Oupa Sibeko is a performance artist who aims through his work to challenge heteronormative masculinity. Through the media of performance installation, photography, film and community-based workshops, Sibeko focuses on play as a method to allow people to engage with each other in a light, accessible manner on issues affecting them. As an independent artist, Sibeko teaches and volunteers in schools and universities around Johannesburg.

“I’m interested in the sustained act of self-becoming,” Sibeko says of his purpose and methodologies. “The body knows things that the mind cannot express and it’s in playing, and being playful, that I can continue becoming. It’s in the act of becoming that my body produces images, artworks and performances that are never planned but are a result of playing.”

Sibeko’s work crosses from theatre to site-specific work with different audiences. He is a recipient of the Richard Haines all-round performer award from the University of the Witwatersrand’s humanities faculty and was recognised for the best theatre production at the University of Pretoria’s Krêkvars Festival. He has showcased his work globally — in Iceland, Germany, Spain, France, Namibia and South Africa — in galleries and at festivals, depending on the nature of the work. Among his achievements is work he has created with the likes of Robyn Orlin, PJ Sabaggha, Jessica Nupen, Thulani Chauke, Albert Ibokwe Khoza, Nicholas Pilkington and numerous other local and international artists.

“The spirit of play in me married my body and my body is in collaboration with my artistry,” says Sibeko. “I’m always interested in the creation of alternative values, realities – and that feeds me hope to redream one’s place in the world.” It’s with this thought process in mind that Sibeko continues to learn, and to pass on his own knowledge, skills and experience. He is in his final year of his fine arts Masters degree at Wits University, and has worked on arts development in rural areas with the Forgotten Angle Theatre Collaborative, Drama for Life, and independently in Honeydew, as well as Denver hostel and Alexandra in Johannesburg with his collective, Dance Alexandra.— Cayleigh Bright 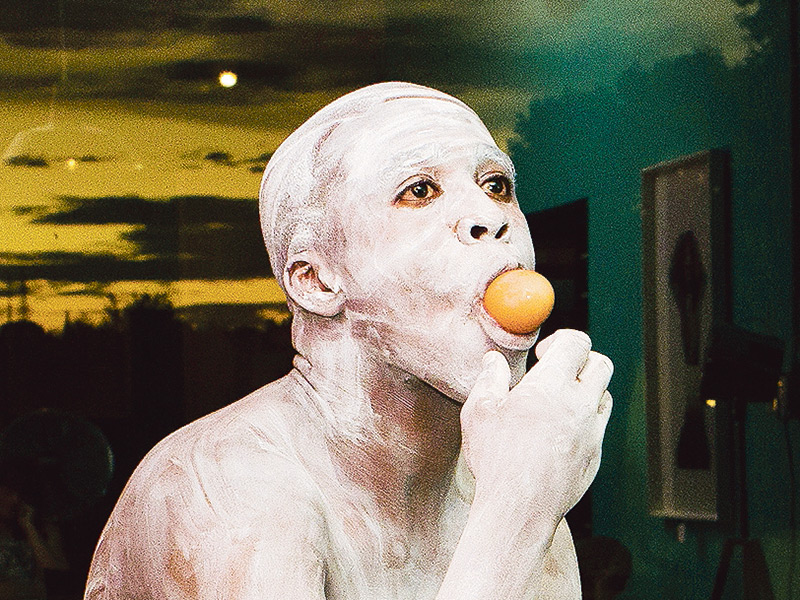