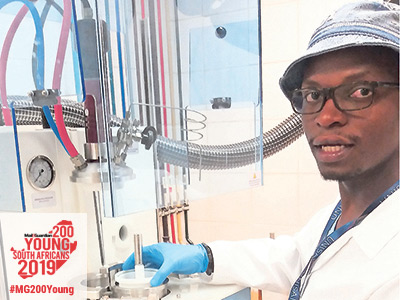 Twenty-eight-year-old academic Dumisani Mlotswa is convinced that he was a quiet, sensible child growing up. However, urban legend has it that he was incredibly naughty, and would enter a room full of elders and shout ‘Mina ngi ngay’ivala le room nou!’ without any fear of reprisal. Today, where he finds himself in front of a high school classroom teaching, before a computer researching or behind the podium in a lecture theatre, Mlotswa is equally at home, working with brand new research or young people’s enthusiasm to learn.

His academic potential was realised when he was in grade 8: he fell in love with the library and never looked back. Born in Phuthaditjhaba, a small town in the Free State, Mlotswa yearned for higher education as soon as he knew there was such a thing.

Currently Mlotswa is pursuing an MSc in physics, specialising in nanoscience and nanotechnology at the University of South Africa (Unisa). He also teaches first year physics on a part-time basis in the engineering department at the Tshwane University of Technology.

Financial difficulties caused him to pause in his academic trajectory after he attained his honours degree in science at Free State University. They were circumstances which forced him to branch into a teaching career, and he’s thrived in this area. Between 2015 and 2017, Mlotswa taught maths and physical sciences to the senior high school pupils of Mohaladitwe Senior Secondary School in the Free State. Those years saw the school acknowledged as being among the best performing schools in the province and the country in those subjects: he set his pupils on fire with enthusiasm for the material.

His current research relates to working with luminance material to emit light with electricity with the hope of developing a self-glowing lightbulb that is able to absorb protons from the sun and convert them into light.

But now that he’s back researching at a university, a part of him still misses teaching high school students, as the transformative potential to change young lives is high and quantifiable.

“High school students do not have the level of technology we have at university, but at a university level the approach is less hands on. You can only motivate people to a certain extent whereas at school the pupils are still being influenced by their teachers.” – Nomonde Ndwalaza 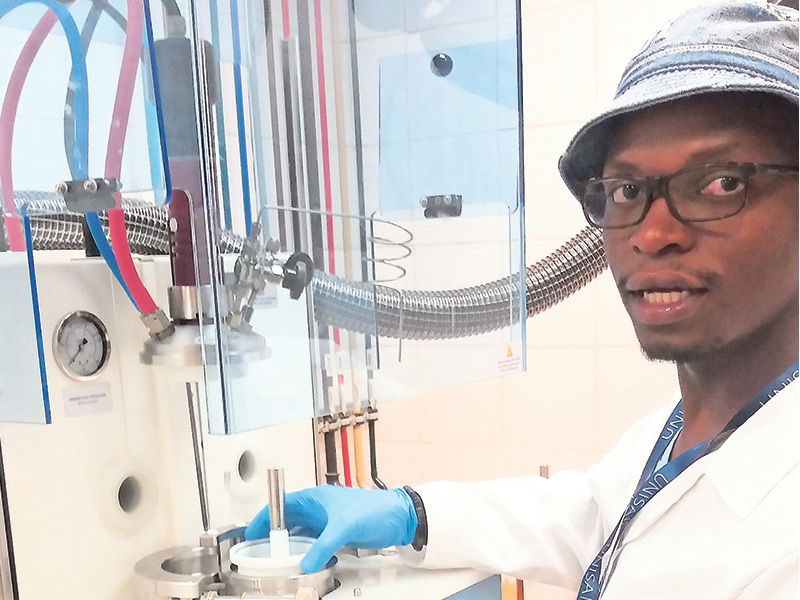