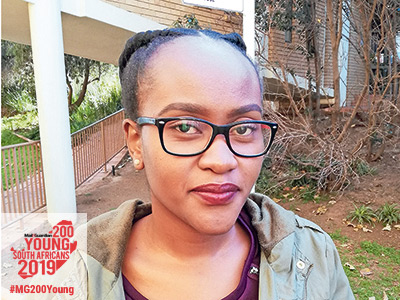 Researcher and Lecturer, Department of Pharmacology, University of the Free State

“
We just need to learn to speak up because we have something to say.

She was born in exile to Tanzanian and South African parents and raised in a Kiswahili-and-Sepedi-speaking household. Because she was the only daughter in the family, she was moulded by her father to be self-sufficient.

She credits her exposure to traditional medicine as one of the most pivotal moments in her life, as it made her realise it is not “dark magic” but rather a holistic approach to healing that can and should work hand in hand with scientific methods.

Currently in her first year of PhD studies in the department of pharmacology at the University of the Free State, Mangoato has an MSc which focused on traditional medicines with a particular commitment to cannabis research and anti-cancer drug resistance.

“If we think about it, aspirin is sourced from a plant. Cancer right now is one of the highest killers, with two million deaths globally and the current regime of treatment that includes chemotherapy results in trauma as well as other undesirable effects.

“This speaks to the fact that we are in dire need of a new formulation where African traditional medicines can be included so we do not forget about the important work that herbalists and healers have been doing, especially in the attempt to decolonise science and merge the scientific with the traditional so that none of these knowledge systems do not die out,” she says.

Among Mangoato’s responsibilities in her job is the supervision of postgraduate dissertations and knowledge transfer, which she takes very seriously.

“I have to apply myself in terms of what I have learned – supervising has also taught me patience. It has taught me to approach and understand students differently because we are not all one thing,” she says.

She believes that more young women need to opt to remain in the science field, as students and as practitioners. “We just need to learn to speak up because we have something to say.” – Nomonde Ndwalaza 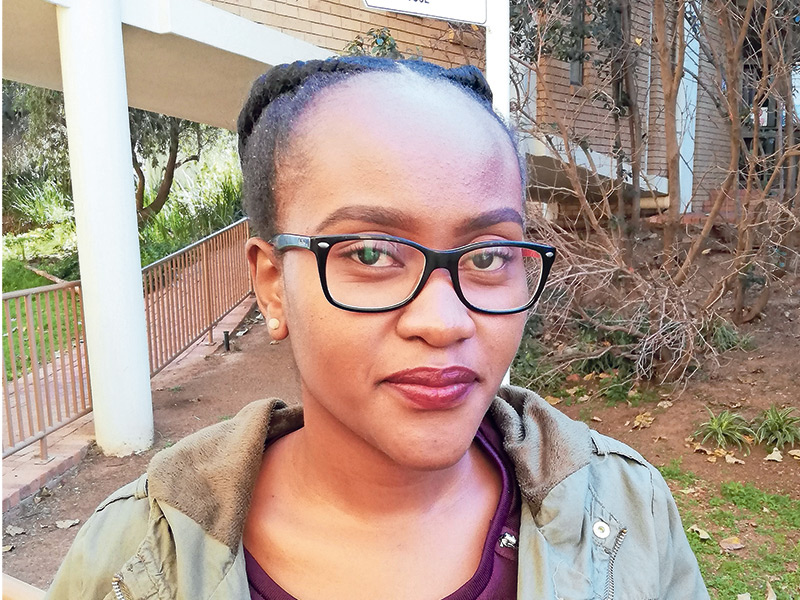 Innocensia Mangoato (26)
Researcher and Lecturer, Department of Pharmacology, University of the Free State