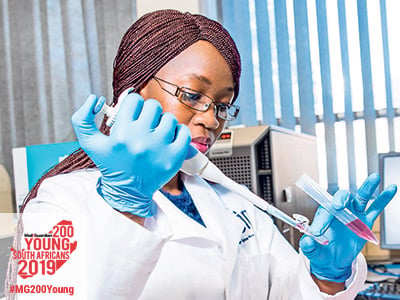 “
The work that I do is not only about science but also securing a better future for us.

For 31-year-old scientific researcher at the Council for Scientific and Industrial Research (CSIR), Dr Sindisiwe Buthelezi, a career in science is one with unlimited possibilities.

“It gives one the opportunity to make a contribution that may result in improving people’s lives,” she says.  “The world is facing a significant challenge in health with an enormous amount of people suffering from various diseases such as cancer, HIV/Aids, malaria, etcetera.”

She is currently involved in research that focuses on identifying drug targets relevant to the South African population. Her work will ensure that people receive safe and effective treatments and ultimately help improve their quality of life. This work will also eventually contribute to the development of the pharmaceutical industry and economy in South Africa.

Buthelezi’s career in biochemistry started when her older brother asked her what her favourite subject was. She had just finished matric and was not sure what she wanted to do. Her brother went to an internet café and did some research on careers in that field. Buthelezi, who was born and raised in the small town of Emondlo, in KwaZulu-Natal, settled on microbiology and secured a place to study at the University of KwaZulu-Natal where, through a chance encounter, the dean encouraged her to take up biochemistry as her second major.

“In my first year, I became more and more fascinated by the functioning of the human body,” she says. “We had a fascinating lecture on fat metabolism and this allowed me to relate the subject matter to real life examples. This further fuelled my interest in understanding how the internal functioning of the body can lead to catastrophic changes that manifest themselves as diseases such as diabetes.”

Buthelezi went on to complete an honours degree at the University of the Witwatersrand and a master’s degree at the University of Cape Town. For her PhD, she investigated ways to increase the stability of anti-rabies drugs to address cold-chain challenges faced by developing countries. Her PhD resulted in the publication of five articles in internationally peer reviewed journals.

Buthelezi currently works as a researcher in biochemistry and molecular biology at the CSIR. Her research group provides analytical services on the mass spectrometer that allow her to collaborate with various researchers who are interested in finding new drug targets for diseases such as cancer, HIV/Aids and rabies for human application.

Buthelezi believes that having a child enabled her to keep focused: “The work that I do is not only about science but also securing a better future for us.” – Itumeleng Molefe 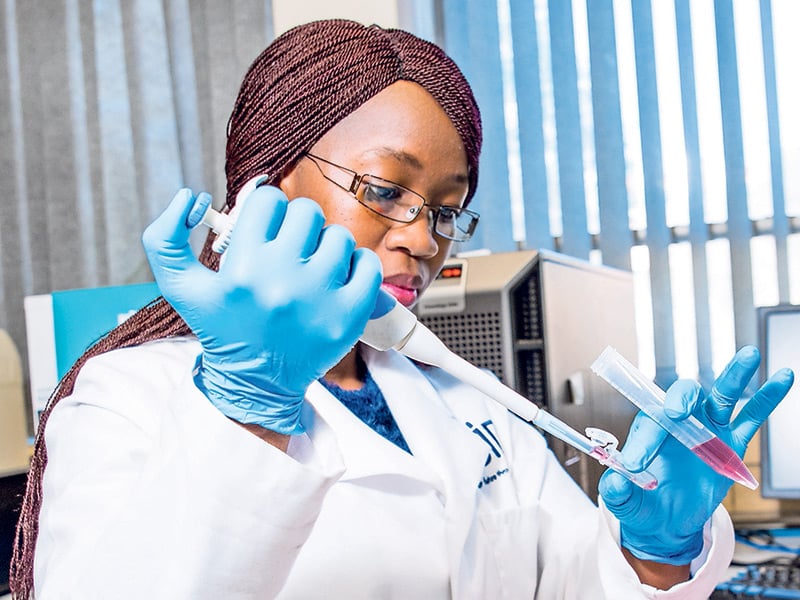