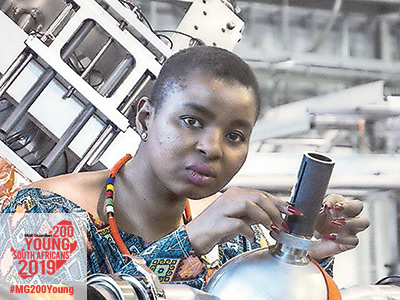 PhD candidate in nuclear physics, University of the Western Cape

The number of women in engineering and science is a concern as women are still grossly under-represented, with the percentage of female graduates in science and engineering still below 20% in many countries, notes Senamile Masango (32). She is completing her doctoral studies in nuclear physics and is the founder of Women in Science and Engineering (Wise).

Through Wise, Masango provides leadership and role models for young women wishing to enter the fields of science and engineering. Among other things, the organisation also raises the profiles of women scientists and engineers and highlights and addresses problems faced by women in these fields. It challenges perceptions that pertain to or result in the exclusion of women in science.

Proceeds made from Masango’s speaking engagements go towards raising money to provide science kits for disadvantaged schools. She believes strongly that girls in Africa, “should be encouraged to take science subjects. Not only those who might pursue a scientific or technological career, but also those who would then be enabled to apply scientific concepts in their daily lives”.

She notes that being a black woman in the science industry presents a set of its own challenges, such as men “always looking down on you like you are not capable or you don’t deserve to be a scientist”. She notes that these challenges propel her ambition and the need to change those perceptions even more. “I will work hard and ensure that I excel — I want to break every barrier so that I am not limited,” she adds.

She has made multiple notable strides in her this far. She passed her master’s in nuclear physics with Cum Laude. In 2017 she was part of the first African led experiment at the European Organisation for Nuclear Research, also known as CERN. She has addressed President Cyril Ramaphosa several times on the challenges faced by young scientists. She is one of South Africa’s successful female black scientists under 35, has shared the stage with Naomi Campbell at the Forbes Leading Women summit 2019 and has been invited to speak at many local and international platforms. She is leading a research team representing South Africa as part of the Brics Youth Energy Outlook 2019. – Welcome Lishivha 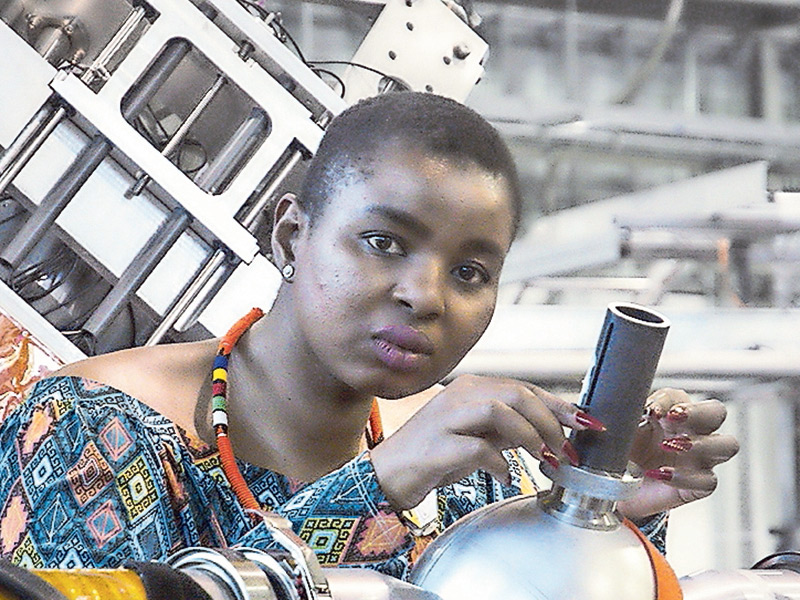