“The most exciting moment of my career so far was definitely in 2017 when I made my first ATP point on my 15th birthday,” says Kholo Montsi of his early success. “That must be it — but I’ve had many great moments in my career so far, and I’m pushing to achieve more.” Lauded as a future tennis star, and already achieving great things at a young age, there’s little doubt that he’ll live up to the hopes that many have pinned upon him.

Montsi has competed in events around the world such as the 2019 Junior Australian Open, and been called a “prodigy” in the South African press, also appearing on the likes of The Expresso Show to share the story of his career so far. He’s often mentioned in the same breath as his older brother, also an athlete excelling at tennis, and it’s true that Montsi was inspired by this success of his brother Sipho. The two polite, talented young men make for a feel-good story and a marketable package, but for them it’s all about the game. “The sports success at this age doesn’t bother me, because I don’t want to be caught up in that too early in my career, so I try to be as humble as possible,” says Montsi.

With this moderate, mature approach to his successes so far, Montsi isn’t taking the all-or-nothing approach that’s the undoing of so many young athletes. “Balancing school and tennis comes with discipline, because it’s pretty tough to focus on both at the same time, and I must say there are days where I won’t practice and rather work because education is also important,” he says. True to this dedication, he’s keeping his studies in mind while rightfully dreaming big: “My goals are to definitely go pro, even if I have to do college first, so I’m open to any path in my career. For my short-term goals, I want to finish my junior career in the Top 10 in the world so, that I can get into a great college or have more opportunities to go pro.”  — Cayleigh Bright 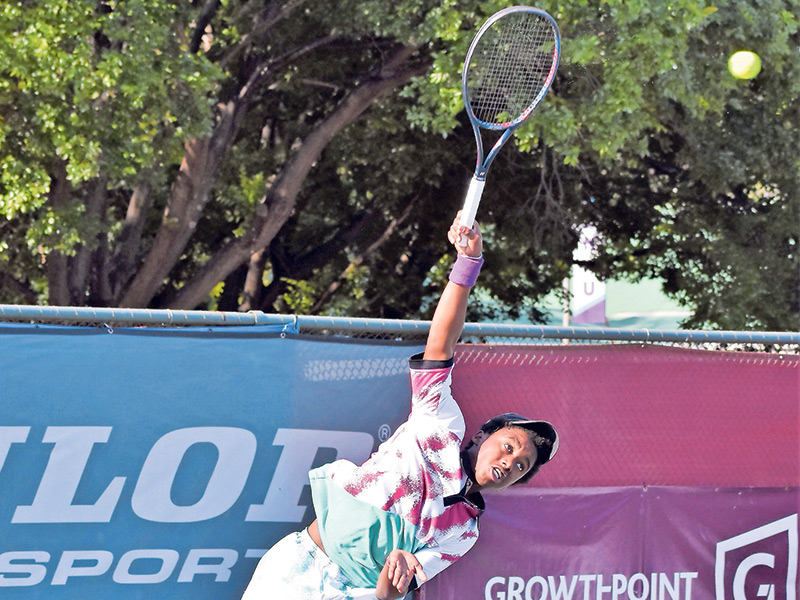