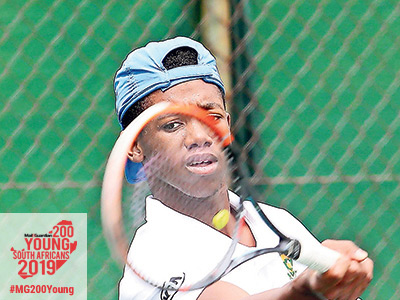 After distinguishing himself as a tennis talent to watch, Siphosothando Montsi found himself in the spotlight after Judy Murray, Scottish tennis coach and mother of Andy Murray, drew attention to him. On Twitter, she shared a picture of herself with Montsi and captioned it: “Today I watched the most naturally gifted young player Siphosothando Montsi from South Africa in #AusOpen juniors,” along with the emoji commonly signifying perfection. He was later quoted as saying: “Judy said that she likes the way I play, especially my drop shots, and she said I have a beautiful serve. She also said I have a bright future ahead of me and I’ve got all the skills needed to be successful in the game, but that my game will get better as I get physically stronger and bigger.”

This was, of course, a pleasant pat on the back to receive, but the quiet confidence that Montsi exudes seems to come from within: he has received school awards for academics as well sport, and displays none of the bad-attitude tactics or dramatics seen widely in the sport. Instead, he prefers to pray on the court right before a match, and values hard work. He’s been a role model to his younger brother Kholo, who’s following in his footsteps to achieve his own tennis success — to the point that it can be easy to confuse what praise has been heaped on which brother.

Montsi has been playing since he was 10 years old, so this right-handed player has had almost a decade in the business to develop to this level of maturity. He was part of the Davis Cup squad, joining the International Tennis Federation team that travelled to Kenya to play two junior tournaments, where he it to made the final, and he represented South Africa at the Commonwealth Youth Games, among many more victories and accolades. Montsi continues to travel the globe to pursue his passion for the sport. He is now based in the United States in Champaign County, Illinois, just south of Chicago, and is excelling on the Illinois tennis circuit. — Cayleigh Bright 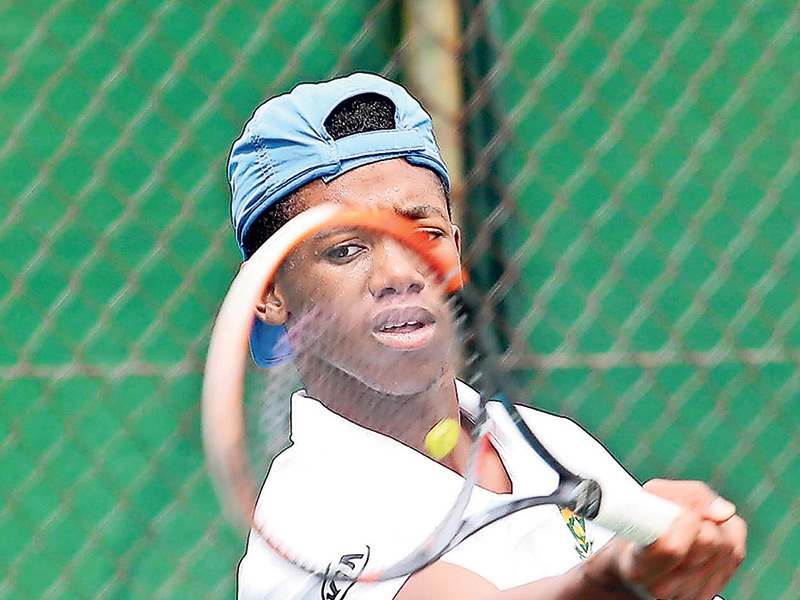