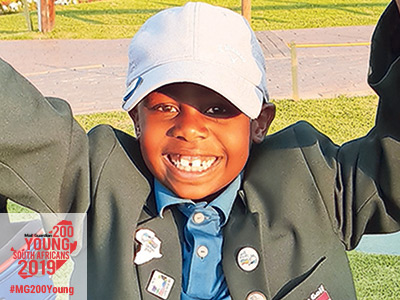 “
Flying the South African flag high like that made me very proud.

When he was only two years old, his father and now caddy Bonginkosi Tshabalala took him for tennis lessons, soccer coaching, swimming and cricket lessons. It was only when Simthandile Tshabalala was four years old that his father started taking him to the golf driving range and trained him in golf.

His father says he grew up disadvantaged and didn’t get to explore his own talents; he wanted to do things differently with his son by giving him the opportunity to find out what his talents were from a very young age and be able to nurture that, which is why he exposed him to various sports. So far, “Sim Tiger” has won over 20 trophies in the eight months he’s been playing competitively; he’s played in the Australian Open and finished 4th.

“Flying the South African flag high like that made me very proud,” says Sim, who’s represented the country in the US Kids Golf Partner Championship tournament and has now been invited to the European Open in Scotland, the Costa Rica Open, the Canada Open and the Africa Open. Although his father has been funding him for the tournaments all along, with more invitations to international and acclaimed tournaments, the duo will certainly need help in the form of sponsorship to help raise the South African flag higher.

There is no denying that Sim is on the right track towards achieving his dream of becoming a PGA tour professional golfer. For a learner in primary school, he is adamant about ensuring that his studies are well maintained amid all the tournaments and travelling. What he enjoys the most about playing golf and all the travels is “the fact that my dad is always beside me each time I play”, he says.

Juggling school, golf practice and tournaments, Sim is a hard worker motivated by wanting to achieve more. He told Azania Mosaka of 702 in April that he practices golf every day after school until 6pm, with the exception of the one day during the week when he gets to play with his friends. His advice to young and upcoming golfers and other sportsmen and women is to believe in themselves, always work hard and never give up. His journey as South Africa’s and the world’s next golf star is one we are all watching with excitement and hope. – Welcome Lishivha 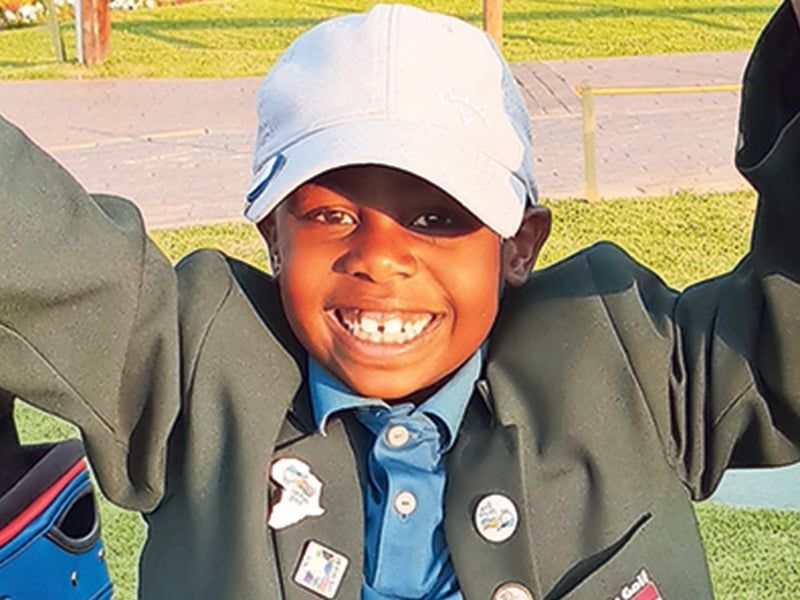