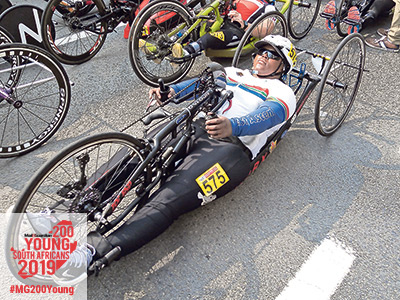 “
I began pursuing every goal and dream, with a voice at the back of my head reminding me that tomorrow is not guaranteed.

Palesa Deejay Manaleng is a journalist at eNCA, a first-year Public Relations and Communications student at the University of Johannesburg and a South African national athlete using her platform to raise funds and awareness for the needs of differently abled people. Manaleng studied journalism at the Tshwane University of Technology. While studying she was a journalism cadet at the Witbank News, has interned at the Wits Justice Project, and worked as a Zulu maths translator. In 2017 she was shortlisted by the Miles Morland Foundation as one of the top 21 writers in Africa.

Manaleng joined eNCA in 2014 as a junior online writer, but spent much of the year in hospital recovering after a cycling accident that left her paralysed: the brakes of her bicycle failed on a downhill, she hit a pavement, and was flung against a palisade wall. The accident dislocated her spine, broke two ribs, punctured a lung, fractured a shoulder and caused her to sustain a head injury. She was left a complete paraplegic, and the turn of events led her to take stock of her life.

“When I had the cycling accident that left me paralysed, I came to realise that life is truly short,” says Manaleng. “I had to make a choice of either thinking there is always a tomorrow or living every moment like it was the last one on earth. And so I began pursuing every goal and dream, with a voice at the back of my head reminding me that tomorrow is not guaranteed.”

Once out of hospital, she began work for Global Girl Media as a journalism tutor, and for Wits Vuvuzela as a Sesotho tutor. Her sporting career resumed too, and she again demonstrated excellence in her disciplines: she represented South Africa in two Para-cycling World Cups in 2015 and 2016. She has to date competed in six national championships. In May 2018, she cycled from Pretoria to Cape Town – no modest feat, with a distance totalling around 2200km – as part of an effort by OCAL Global to raise awareness about disability and raise funds for differently abled children. In the same year, Palesa’s dedication and tenacity were celebrated when she was awarded the Ministerial Recognition Award at the GSport Awards.— Cayleigh Bright 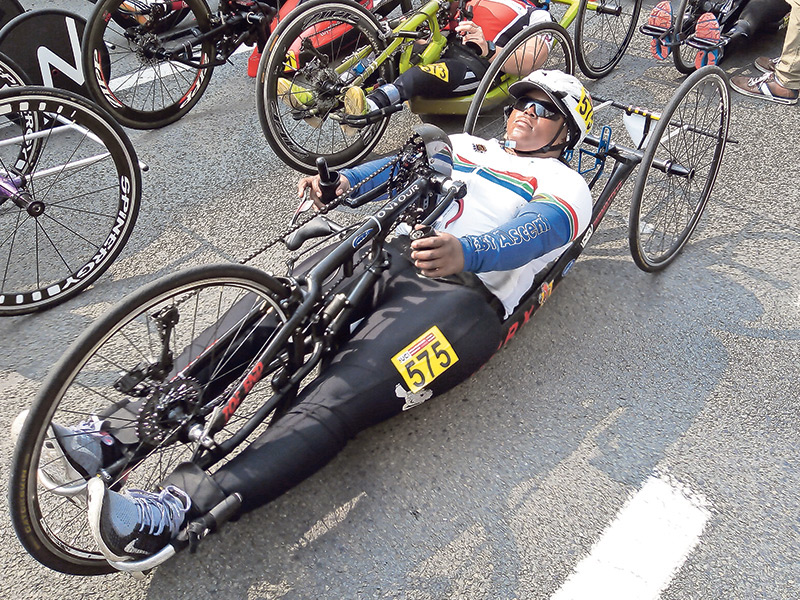