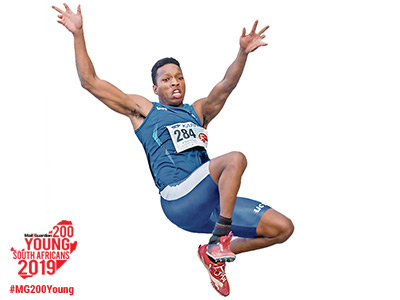 “
Each thing has been a case of trial and error, and then, after realising that there is a bit of potential, we change up the programme.

Multi-discipline athletes are a rarity in the world of professional sports these days. It’s hard enough to break into one saturated, super-competitive field, after all.

Mpumelelo Mhlongo’s credentials scoff at that assumption. At the highest levels, the 25-year-old Paralympian has competed in the 100m, 200m, long jump and high jump.

It’s a fact he doesn’t boast about: “I think it’s a case of being a scatterbrain with a really good support system. It just happened to be the case that I’m like a Jack of all trades, but master of none. Having that scatterbrain allows me to switch on and switch off when I need it. Each thing has been a case of trial and error, and then, after realising that there is a bit of potential, we change up the programme.”

The records tell a different story. In early June this year he set a new world record for long jump at the Grosseto Grand Prix in Italy, adding to the one he already has in the 200m. In August, he will set his sights on breaking the 100m. On top of his various national milestones, he also holds the All African record in high jump.

The majority of these achievements fall under the T44 classification, defined as “athletes who have a single below-knee amputation or who can walk with moderately reduced function on one or both legs”.

Mhlongo was born with amniotic band syndrome, a rare condition that can cause complications with digits and limbs. He was left with a shorter right leg, a deformed club foot and multiple fingers were affected. None of this stopped him from playing various able-bodied sports teams from the time he was able to run in primary school. It wasn’t until his third year at the University of Cape Town that his career was truly born, when he decided to join the running club to keep fit for football.

“It was a good atmosphere and I just went to the competitions for old-time sake. A guy there, who was a single-arm amputee, noticed me and said ‘have you ever been classified as a para athlete? You’re a good athlete but you’d be a great paralympian.’ He gave me the details, I got classified, and that same year I went to the World Championships in Doha.”

Alongside his athletic dreams, which he hopes will culminate in a podium finish at the 2020 Summer Paralympics in Tokyo, Mhlongo is a keen entrepreneur. Alongside friend Zain Bana, he founded Steady State, an endeavour that aims to improve healthcare delivery, specifically in townships. As much as all this may seem, it falls on the backdrop of a PhD in Chemical Engineering. — Luke Feltham 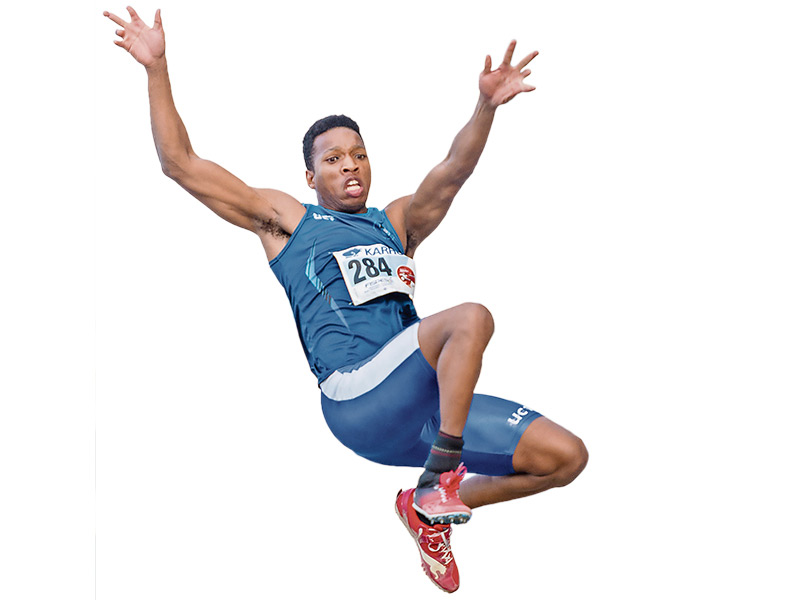