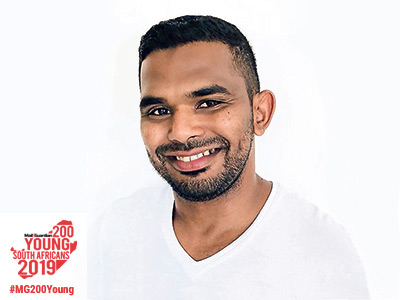 The mother of 33-year-old academic Dr Sharief Hendricks was a street vendor who silently motivated him to know that hard work pays off. Raising him in the Mitchell’s Plain suburb of Lentegeur in the Western Cape, she instilled a work ethic in him that committed him improving the circumstances of his family as well as his broader community.

Sport was his passion and over the years, he turned it into his career. His focus is on improving the sporting conditions of athletes in measurable ways that speak to performance, injury prevention and holistic welfare and began his academic career with a BSc in Sport and Exercise Science at the University of the Western Cape.

Today Hendricks is a senior lecturer at the University of Cape Town and a visiting fellow at Leeds Beckett University in the United Kingdom. He completed his PhD in 2012 and already has over 50 publications to his name. He is considered an expert in his field with a National Research Foundation (NRF) rating of C2, which is quite exceptional as NRF rating is usually given for scientists over the age of 35.

Hendricks’ research findings have impacted rugby policy – particularly as it relates to changing scrum laws in an effort to reduce injury in a tackle while still optimising performance. He is a co-lead/co-investigator on international World Rugby projects, which have generated approximately R2.6-million in research funding. He is also a member of South African Sports Confederation and Olympic Committee’s Sport Science, Technology and Research Commission and was an executive board member of the South Africa Sports Medicine Association for three years.

He is passionate about knowledge transfer as a supervisor and mentor to postgraduate students.

“The supervisory work we do is rooted in the applied sciences – our work with people that is not confined to a lab. I am interested in teaching students to be able to question even their own  knowledge, and this often means being open to be proven wrong – as to disprove is oftentimes the best way to learn – that is how we build expertise.”

Being social media editor of the European Journal of Sport Science, a leading multidisciplinary sport science publication has allowed him to merge his love for travel and discovering the world with sports science. He credits his being able to take his mother on Hajj pilgrimage and swimming with the sharks in the Bahamas as his best travel experiences so far. — Nomonde Ndwalaza 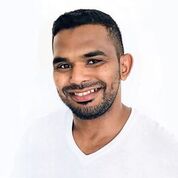