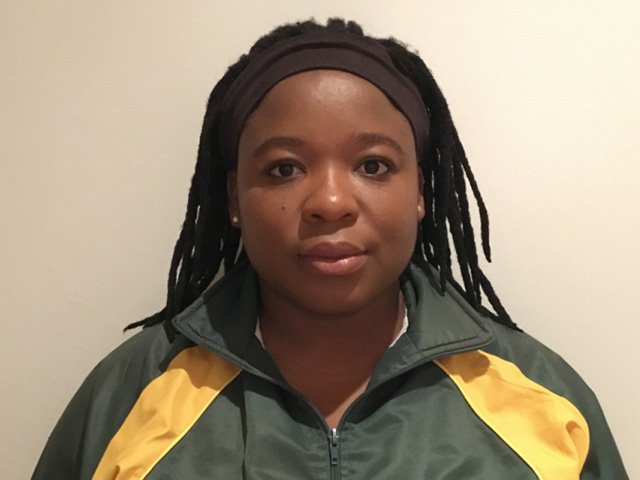 Nompumelelo Ramatsoga is a former basketball player-turned-coach. Her passion for the game and heart for young people see her as a community development consultant and aspiring sports psychologist who is breaking barriers in the male-dominated arena.

Ramatsoga fell in love with basketball at a young age and has been pursuing it ever since — eventually landing a two-year stint at Ohlone College in California and becoming the coast conference champions between 2007 and 2009. She went on to represent the Limpopo senior women’s team from 2009-2012 and they won the National Championships in 2009 and 2012 and served as runners — up in 2010 and 2011.

She is breaking gender barriers in the world of basketball as the only woman on a Basketball National League (BNL) coaching staff and as the assistant coach for Egoli Magic who won National Championships in 2015 and 2016. Flosh Ngwenya became her head coach at Egoli Magic and entrusted her to be part of his coaching staff. He continues to guide her to this day. Susan De Bruyn introduced her to basketball and her first coaching job. She was the first example of female leadership to coach men’s basketball team and continues to inspire and guide her.

She has won the USSA National Championship as the assistant coach of the Wits Men’s team in 2017 and is the head of basketball and First Team coach at St Benedict’s College. Making a positive impact in the lives of as many young people as possible through coaching basketball as well as through her community work. To date, she is the only woman to coach in the BNL. Inspiring young women to realise that they don’t have to limit themselves in what they do with their lives and that they can do it all and have it all is a message she hopes to echo throughout her days.
She gets great joy from seeing the personal transformation of all the young players that she works with as they mature both in basketball and personally. She believes a successful person is someone who is fulfilling their purpose and someone who is willing to endure the tough times because they believe in what they are doing. Knowing she can to use her work to make a positive impact in the lives of young people while defying social norms is what gets her through those tough times. — Leigh Wils