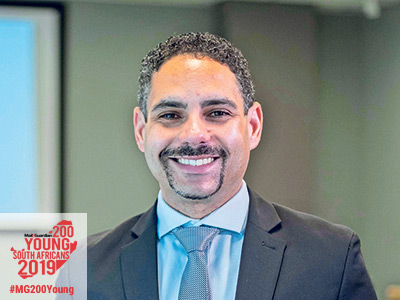 “
“I’m trying to break the mould that you need to work 16 hours a day to be an effective CEO and I try to lead by example.”

The 34-year-old chief executive of First National Bank in Lesotho Bradwin Roper, counts his corporate ninja mother and serial entrepreneur father as the wind beneath his rise to head up FNB. “I was raised by two powerhouse parents … which gave me an advantage in the corporate world,” he says.

The family moved out of Eldorado Park, East of Johannesburg, a township designated by the apartheid government for the coloured community, when Roper was a teenager. He matriculated from Dainfern College, one of the richest schools in the country. He credits the contrasts in his life for developing his ability to relate to “South Africans from every background”.

“I’ve never forgotten the value of a rand, I try to be as humble as possible,” Roper says, recounting his climb of the corporate ladder at the banking giant.

He cites the formula: Happiness equals reality minus expectations as his mantra and has kept his expectations low. “It’s unfathomable the places that I find myself”, he grins.

However, being chief executive of FNB’s Lesotho division at just 34 years old also requires a great deal of sacrifice.

“There’s a certain level of decorum … the buck stops with me. I’m the responsible officer, if things go pear shaped, I could go to jail, it’s an incredible amount of pressure,” Roper says.

As a coping mechanism, he has latched onto a heathy lifestyle, training six days a week, practicing yoga and hiking in the mountains Lesotho is famous for.

“I’m trying to break the mould that you need to work 16 hours a day to be an effective CEO and I try to lead by example,” he adds. He sees the workplace of the future as increasingly flexible and is opposed to “employees clocking in for 12 hours but only being present for two.”

As banking increasingly moves online, shutting branches and forcing mass layoffs, Roper says FNB has almost stopped identifying as a bank. He cites the company’s mobile offerings through FNB Connect and eBucks Rewards system as proof that the financial services company is evolving into a “platform”.

But Roper never set out to be a banker. Indeed, his first degree is in chemical engineering from the University of Cape Town. The intersection of technology and traditional banking allow Roper to flex his engineering skills as the company insources all its IT functions, and

Roper credits his chemical engineering background with a four year heavy emphasis on mathematics for teaching him to solve daily problems in the corporate world of finance.

“The skill set is transferable in any industry … which is hugely valuable, given how transient the world has become,” he says. — Tehillah Niselow 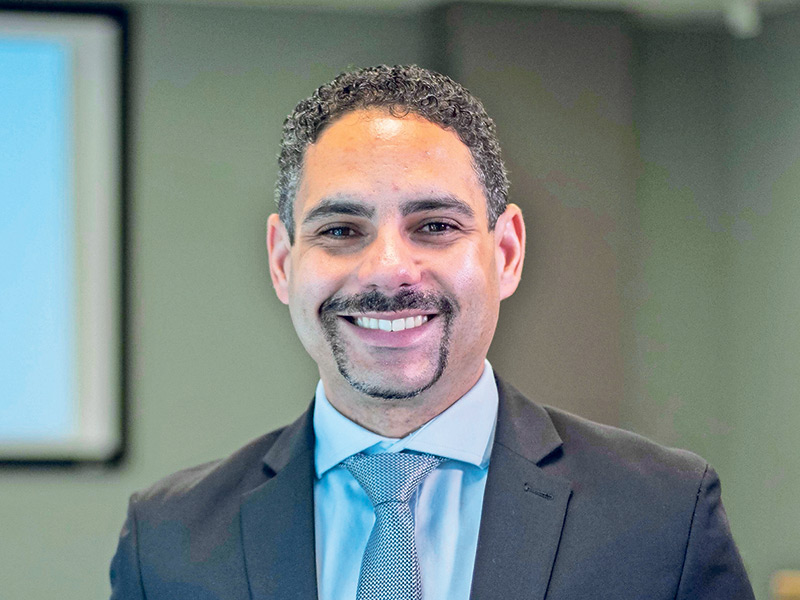